Sailing Through the Banda Sea

The Banda sea trip was an inevitable follow-up from our sojourn around the islands of Raja Ampat in 2014. Hammerhead sharks migrate through in October, the divers we met onboard said, and we were sold. (And of course, by "we" I mean "me"; it took another half year, countless sly references and countless more pitches for Jared to come around to it.) 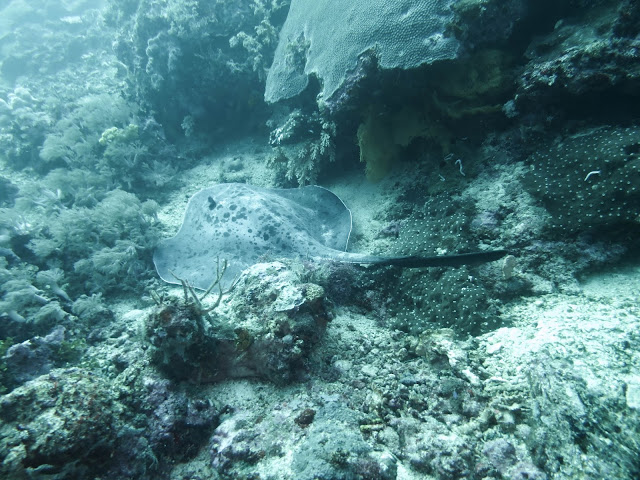 The allure of the Banda sea also lay in its remoteness, which I tend to think of as an indicator of how nice a destination will be. In the most superficial sense of the word this is not always true - a place can be as far flung from the damning effects of human civilisation as possible, and still be completely dull or icky or barren. But even then, if you stop to absorb your surroundings and truly feel the place, there will always be a sublime kind of beauty to it. In any case, the Banda sea's tantalising promise of exploration and desolation was impossible to pass up. 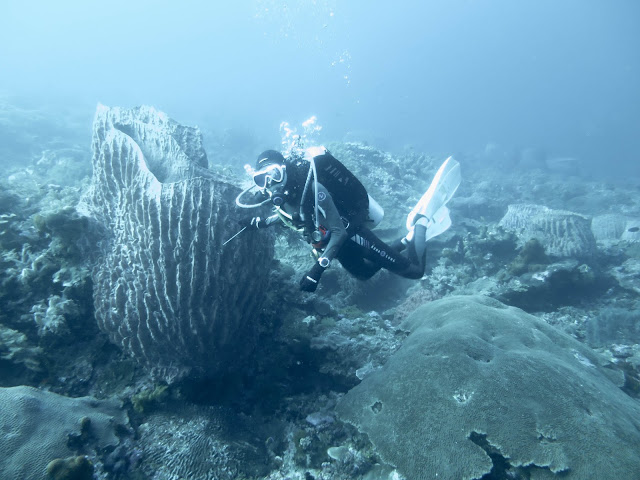 The trip started off with some fairly good muck diving at Ambon's pier while we waited for port clearance. We were lucky enough to see a number of critters we didn't manage to spot in Lembeh, but needless to say our hearts were already already miles away at sea. Every day we spent not seeing the hammerheads was mental agony - the unspoken fear was that we would miss each other in this vast wilderness. Thankfully we bumped into the sharks on the third day - an absolutely surreal experience that I still can't quite believe I had - and then every day after that, because by popular vote we decided to dive that one site for the rest of the trip.

Another thing that really stood out to me was just how massive the coral was. Undisturbed, they would have had hundred and thousands of years to grow to their current mammoth sizes. The sponges could have easily held an adult human - and it wasn't just one or two that were that big. The landscape was positively littered with them. 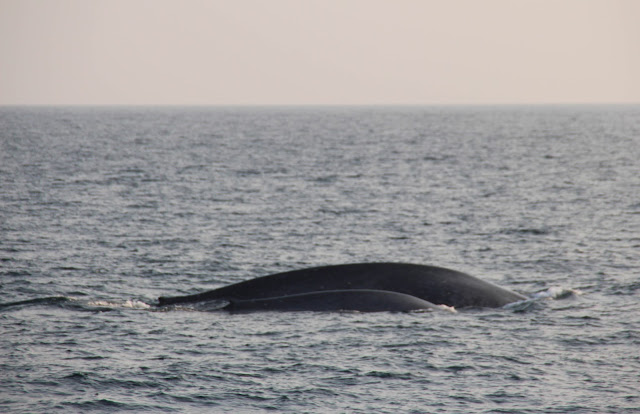 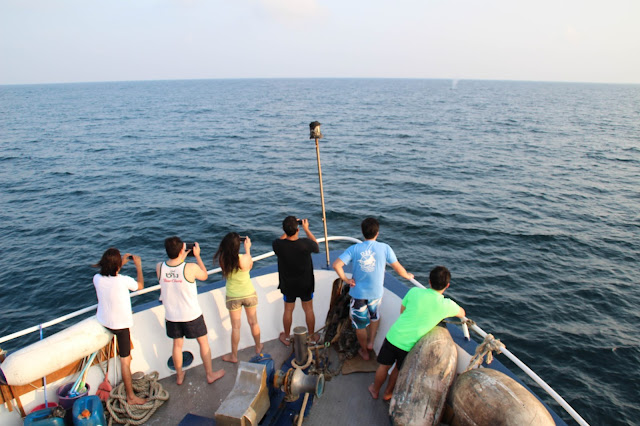 On the trip, we made landfall twice: once on Banda Neira, which homes the largest settlement in the area, and another time on a small island near one of our dive sites. The excursions were interesting, but even the journeys there were adventures unto themselves.

I was showering in my room, just behind the bow, when all of a sudden I heard great hoots of excitement from up front. Soon the yelling came every ten seconds and from all sides of the boat. As I towelled myself dry Jared burst into the room, flushed. "Whales!" he cried, then vanished up the corridor again.

They turned out to be pygmy blue whales, en route to Australia, and we were in the middle of their pod. Numbering up to twenty at best estimates, they stayed a careful distance away from us, but occasionally meandered close enough that we could spot their blowholes through our cameras. (I ended up seeing more whales that day than on my dedicated whale watching trip in Greenland.) We even saw a mother and calf pair swimming side by side. Long after everyone had left, I continued sitting at the bow watching the sun set behind their spouts. It was a thoroughly magical evening. 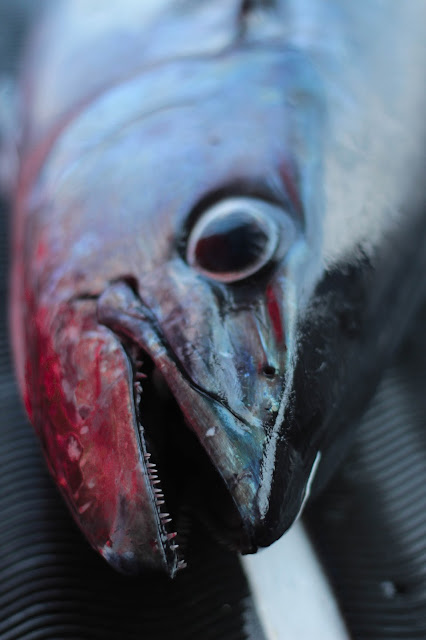 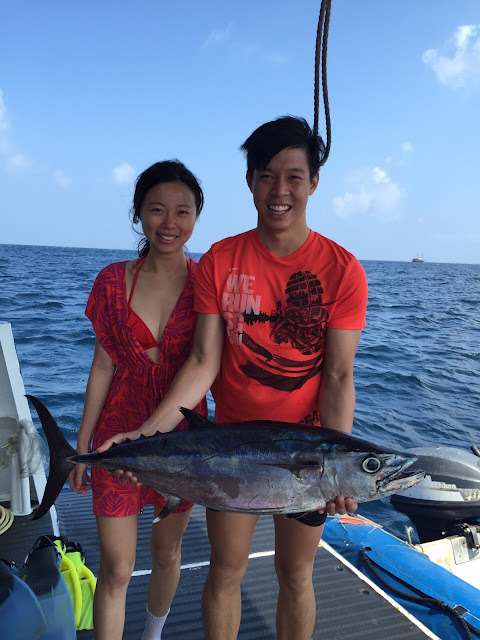 Evenings were spent chatting over delicious food - amongst which was some fresh tuna sashimi, thanks to one of the boat crew. After that we would round up the day on the top deck, where the sky was the darkest and the stars the most brilliant. And as we slipped between the two veils of heaven and earth into the nothingness of nightfall, it was hard to be anything but happy, and contented. 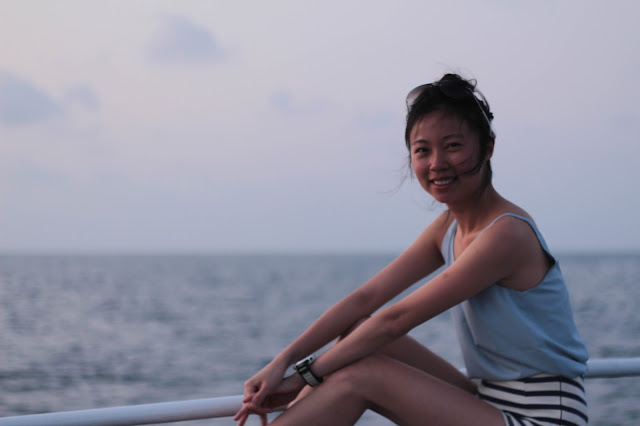 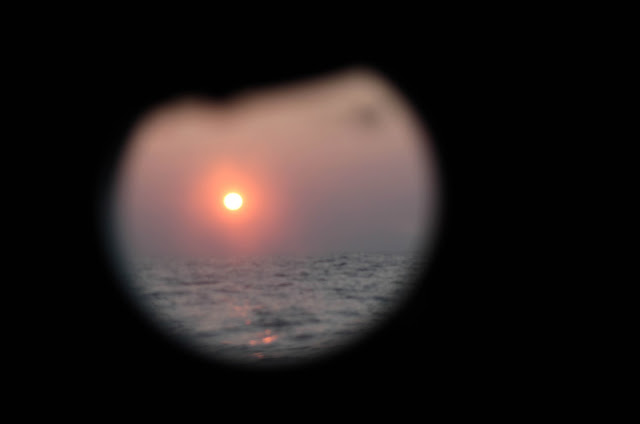