We were cruising through the bay when, silhouetted against the sun, we saw two human figures standing on the water surface. Drowsy from the sun and wind the impossibility of that failed to register in our brains, and it was only when the captain gave a little honk of interest that we realised how biblical the scene was.

As the boat turned in a tight arc around the figures and the sun disappeared behind our backs, details began to come into view - first the dinghy deliberately grounded on the ice floe; next the father and son scanning the horizon through a pair of binoculars; and then the splashes of red that formed a macabre decoration around their feet.

"They shot a seal," our captain translated. "You see, they have already skinned it."

-- And yes, there it was -- a formless mess with a half-deflated face just recognisable as a seal, whiskers quivering in the chilly wind, a hollow parody of itself. 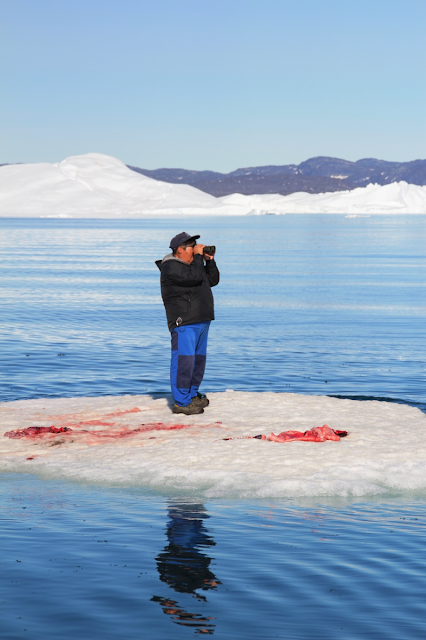 But that is the way of life here in Greenland. In a country that is eight-tenths covered by ice, hunting is very much a necessary part of life. Seal meat finds its way onto dinner tables, while its blubber is fed to sled dogs. Whales too, are not exempt from the Greenlanders' diets - annually, the country is accorded a subsistence quota of two hundred and seven whales (a hundred and seventy-six minke, nineteen fin, ten humpback, and two bowhead). 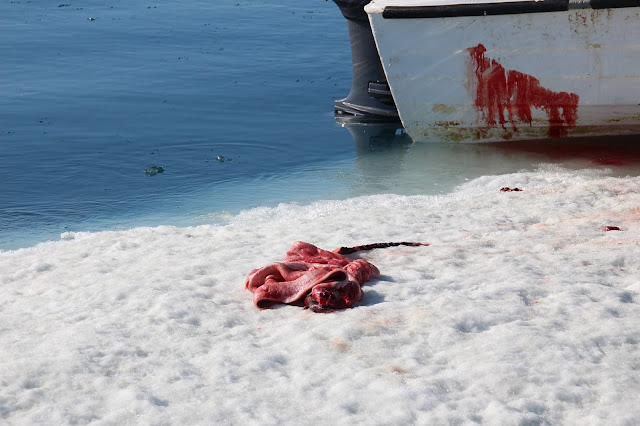 And perhaps it is this direct dependence on Nature that gives them a deeper appreciation for life, ironically through death. As a herder in Mongolia once told me - and I believe the sentiment is transferable - "We don't waste food, because we have to take a life for it." 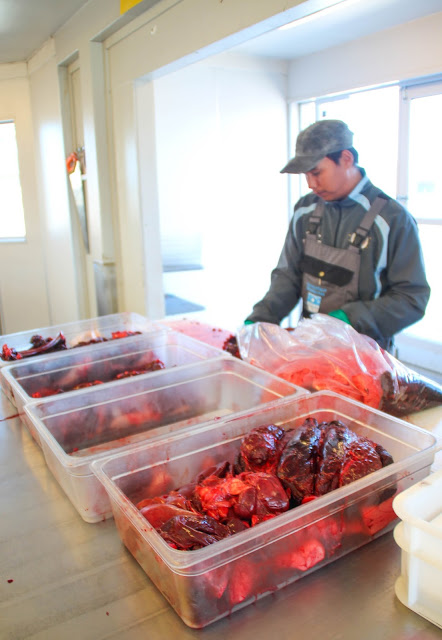