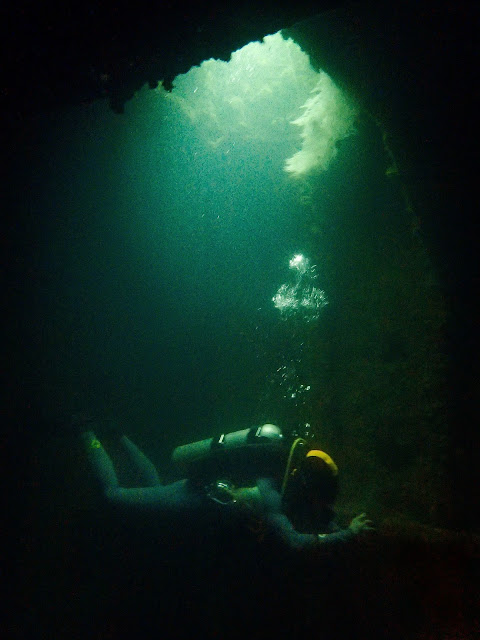 Honestly, it was a little scary.

It wasn't so much that there were human remains, or tattered mementos belonging to soldiers long gone. The sea tends to take all that with neither care nor discretion. But it was all too easy to imagine the last dreadful scenes of a dying ship and its crew play out as I finned my way through its abandoned corridors. 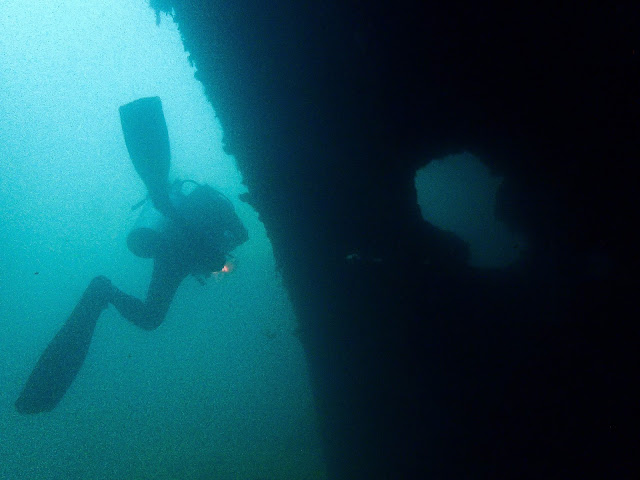 We are in Coron, the Philippines, where seven decades ago the Americans struck the Japanese Imperial Navy with a sustained air attack, sinking a fleet of ships that included warships, provision ships, and auxilliary supply ships. Today they all sit between ten to forty metres underwater. The region is known for its clear emerald lagoons, but while we were there the dive sites were inexplicably gloomy, and I couldn't suppress the little bubble of apprehension that welled up in me. 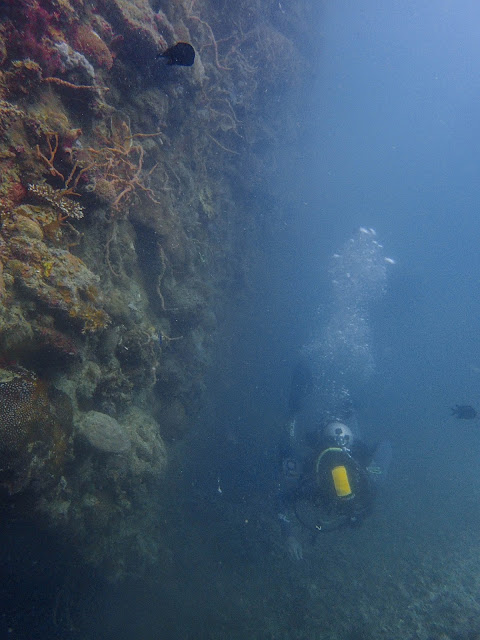 Alongside the vertical side shell of a ship 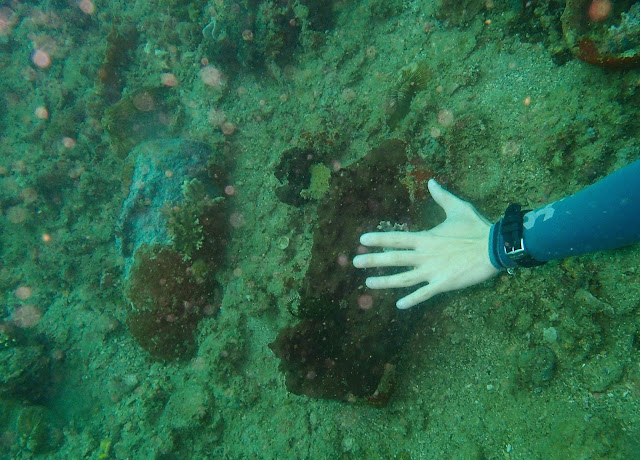 Because the ships are so large, some over a hundred and sixty metres in length, it is impossible to see the entire ship at any one time. Section by coral-encrusted section it comes into view - first a discernible porthole, then the bridge, then a gun platform with rounds still scattered nearby - and finally an eerily dark chasm, the scar of a fatal torpedo attack, that beckons you deep into the bowels of the doomed ship.

We drop into the gash one by one. 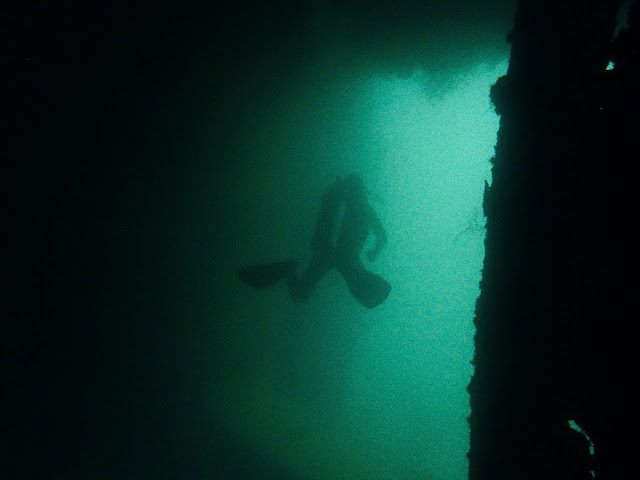 Exiting the doorway of a large boiler room

It takes a while for our eyes to adjust to the darkness. We have our torches with us, of course, but this room is so large that the light doesn't quite reach the other end. It's a boiler room, the guide tells us later. Jagged holes in the disintegrating hull of the ship lets some light in, and as otherworldly as the green cast is, we're thankful for this small bit of comfort from the world above. We sink deeper, deeper. 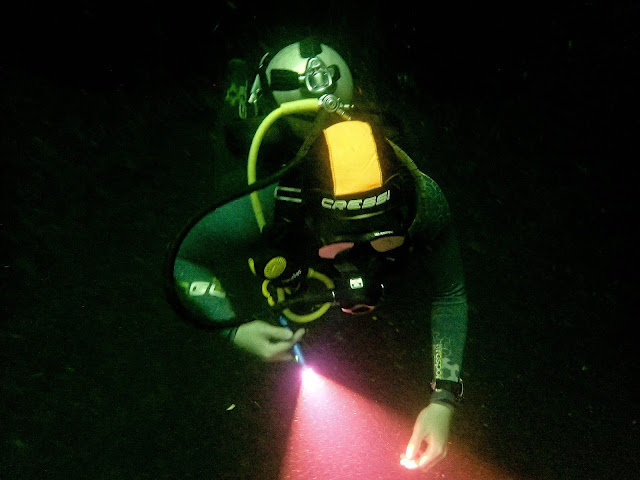 Diving in darkness inside the wreck

Here, nearer to the seabed, everything is coated with a thick layer of silt. It's so fine that an accidental brush sends swirling clouds of particles up, an opaque wall of mayhem that takes forty-five minutes to settle back down. When it engulfs you it's hard to see anything, though if you squint you might just make out some shapes - but what of? We are very, very careful not to touch anything. At this depth and in an overhead environment, we really don't want to make any mistakes. 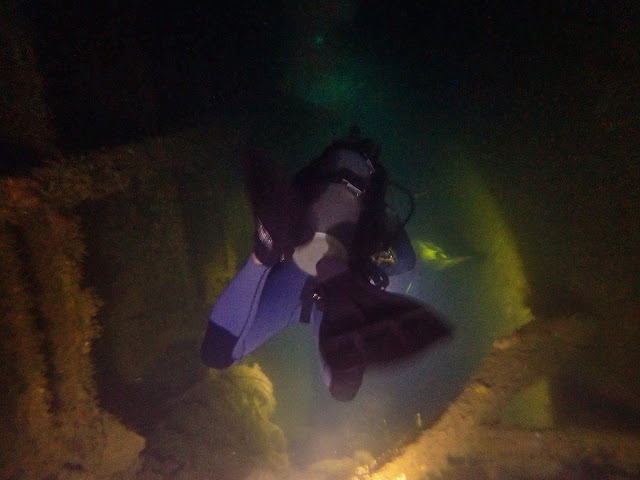 Penetrating the wreck in a single file, by the light of our torches

And then, too, you have to deal with the narcosis. As the nitrogen floods your body, your mind dulls and slows down. Sometimes, people say, you get euphoric. Your vision might start to swim and you might get lightheaded. All in all it's an uncanny feeling knowing that we are toeing the line between two realms: past and present; dead and living. 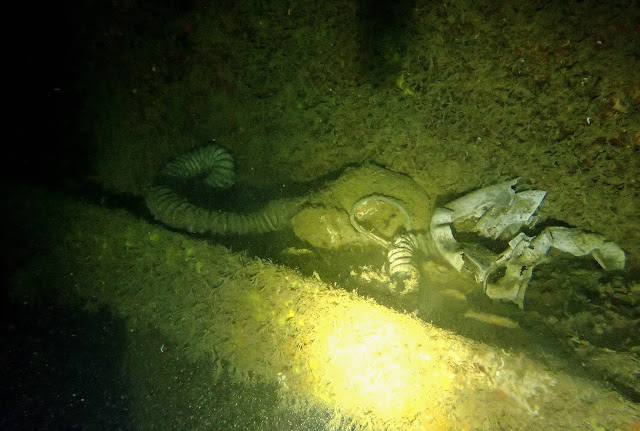 Though the furnishings have long since rotted away, we still pass by a few recognisable artifacts. In one room a gas mask lays on its side in the silt. In another, rows and rows of refrigeration pipes run in odd, broken angles against the wall. There is also a bicycle and a sewing machine - it looks like one I saw in my grandmother's house growing up. 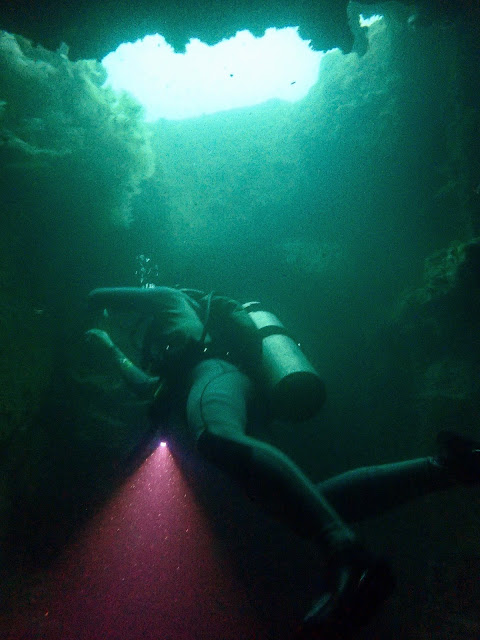 We dived eight different ship wrecks over three days in Coron. It took me a while to conquer my nervousness over being enclosed in an overhead environment (ice diving felt a lot safer because I was clipped onto a rope that was attached at the other end to a very burly Russian man at the surface), but once I did, I could fully appreciate the magnitude of seeing and actually being inside a part of history. The gloom didn't seem so threatening any more - although it did remain haunting. And fittingly enough, our last dive was at a wreck so shallow and bright and teeming with renewed life that I thought to myself as I turned back for one last look, there's hope. 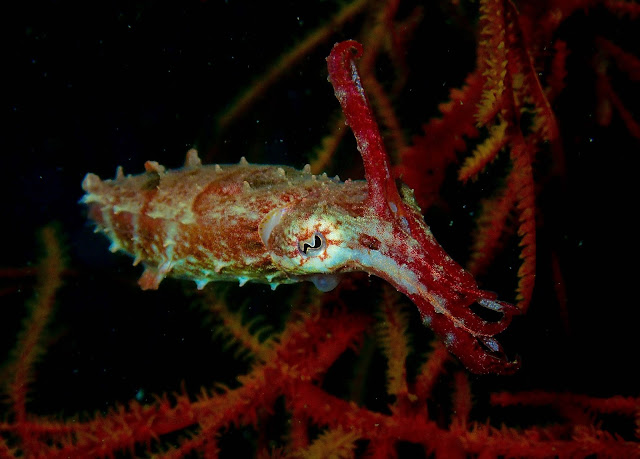 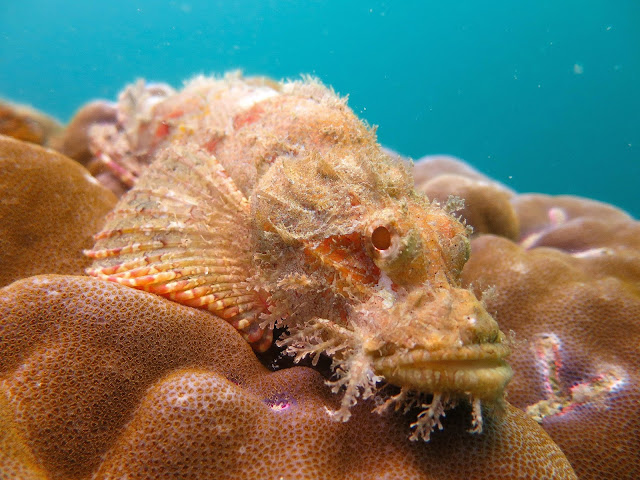 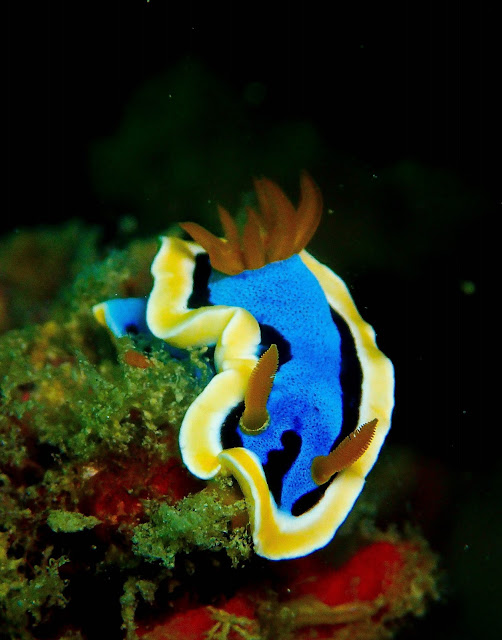 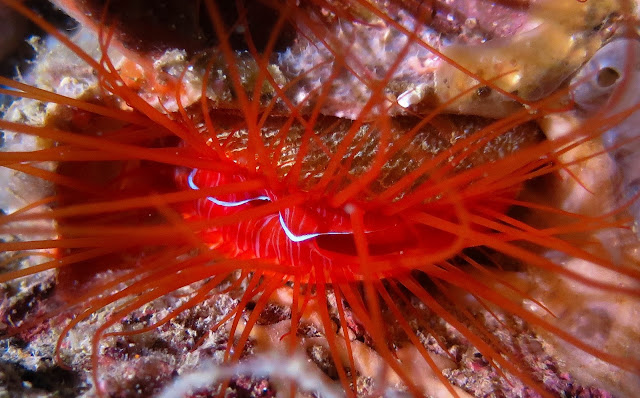