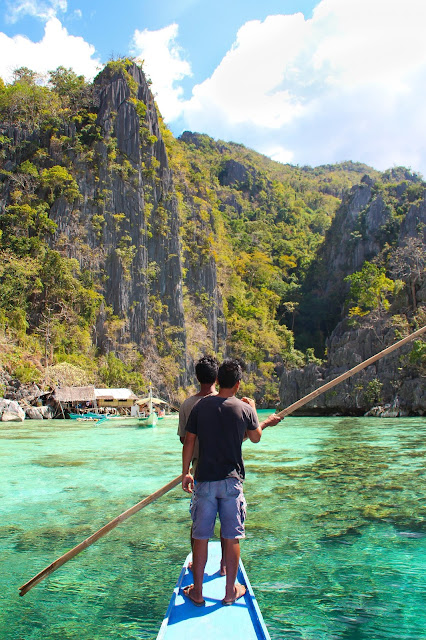 We started off our wreck-diving trip with a tour that was ironically everything a wreck dive is not: bright, blazing hot, and above all luminously clear.

There is however one thing that the two have in common. Both are tantalising secrets that Coron guards fiercely - one under metres upon metres of gray impassable water, and the other ensconced behind jagged limestone cliffs. 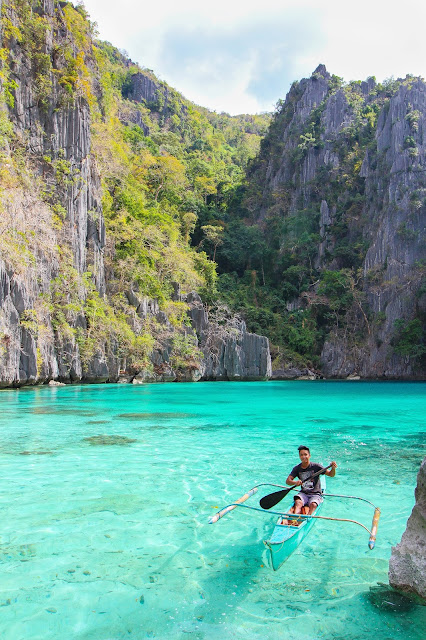 Straight from the airport, we headed down to the public market in search of an outrigger captain who could take us around the islands for the day. With no lack of options we were on our way in less than five minutes.

Is it far? I asked the boatman, a young boy of twenty-one with a smile missing a few teeth.

He shrugged and pointed vaguely in the direction of an island opposite us. There.

We cast a doubtful look at each other. The sea around us was a nondescript shade of gray-blue, and even though I had spied glimpses of turquoise from the plane window just an hour ago, there was no sign of it anywhere near us.

We sped noisily on through the water. 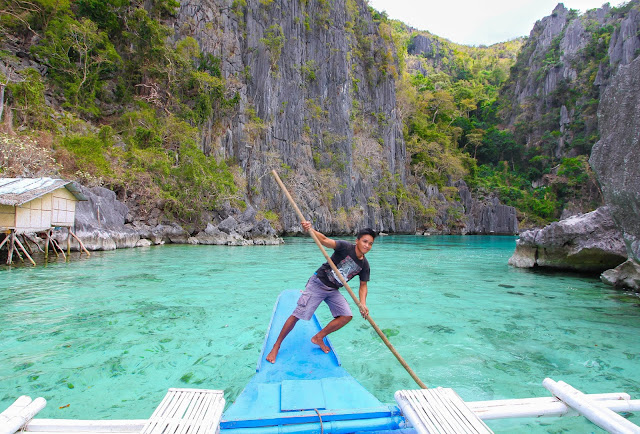 All of a sudden the outrigger veered left through an inlet, and as the limestone cliffs slid away on both sides the captain cut the switch, and the water abruptly and almost magically became crystal clear. We drifted into the lagoon soundlessly. 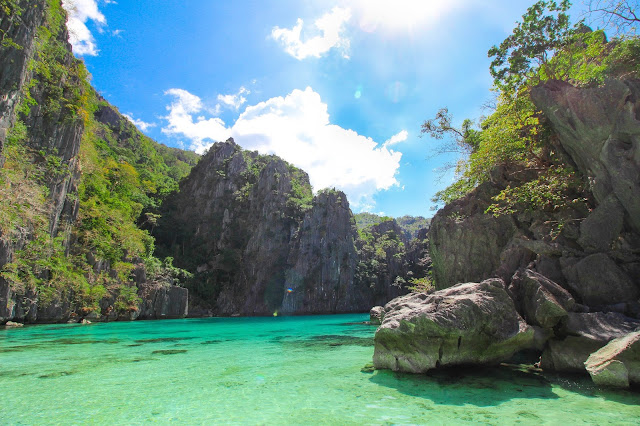 All in all, we spent a delightful hour in the lagoon before reluctantly leaving for the next site. Jared went for a swim and reported back that there wasn't much to see underwater - the water is so clear because the seabed made up of just white sand - but then, with a view like this topside, we didn't spend much time looking down. :) 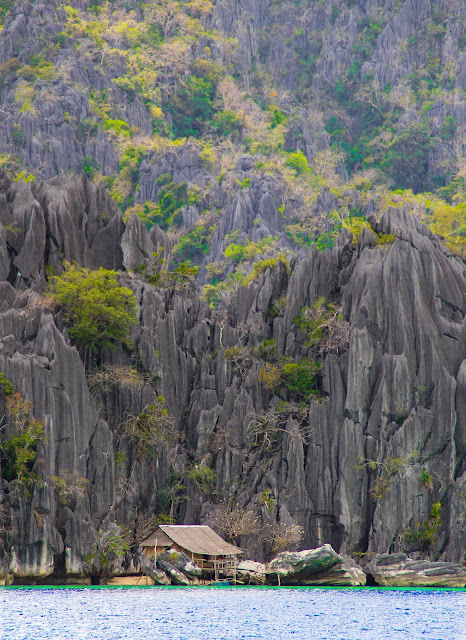