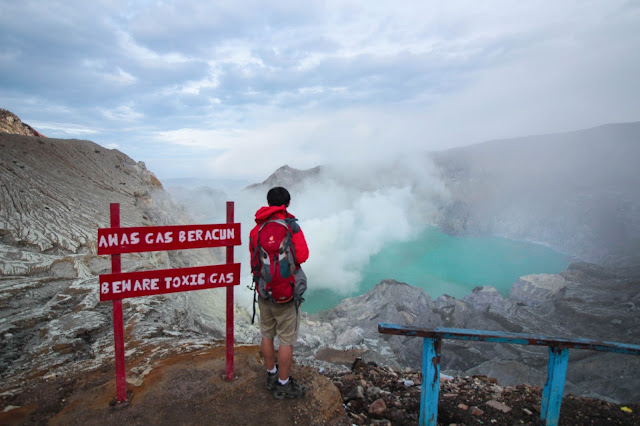 After a beautiful sunrise over the erupting Bromo, we headed back down Penanjakan to our homestay at Cemoro Lawang. There was just enough time to shower and grab a quick bite before our six hour drive to Sempol.

The drive itself wasn't altogether remarkable. We floated in and out of consciousness the entire trip, but we probably didn't miss out on too much anyway. The fog had descended right on cue and the winding mountain paths remained drab and grey throughout.

When we did eventually jerk awake, our car had just turned left off the very Stepford-esque main street of Sempol (identical houses, with the same potted plants adorning each of their front yards - government houses, you see) and onto the dirt track leading to Arabica Homestay. This was to be our base for the next two days.

Arabica Homestay was a nice place - at least compared to our previous homestay. The grounds looked like someone had taken pride it in and tried to make it beautiful. There was even a goat tied up in one corner, and though we never saw them, we were assured that there were quite a few sheep around somewhere. And of course - the coffee plants, acres upon acres of them. 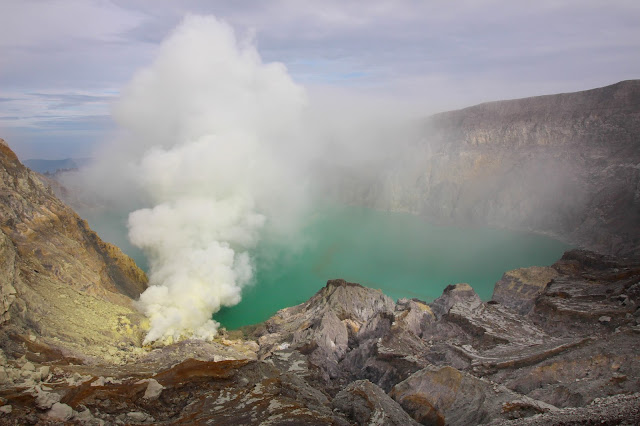 As with Bromo we had to wake up at an inhumane hour for our trek. Ijen is famous for the blue lava that flows from its crater; it is one of only two places on earth where this phenomenon can be seen. Unfortunately it is only visible before the sun rises, and so there was no choice but to wake up early.

The trek itself was not difficult. Foremost a sulfur mine, the path leading up to the summit was smooth and wide in order to accommodate the miners' wheelbarrows. But it was still an unceasing upward climb, and even in the midnight chill our clothes were quickly soaked with perspiration. 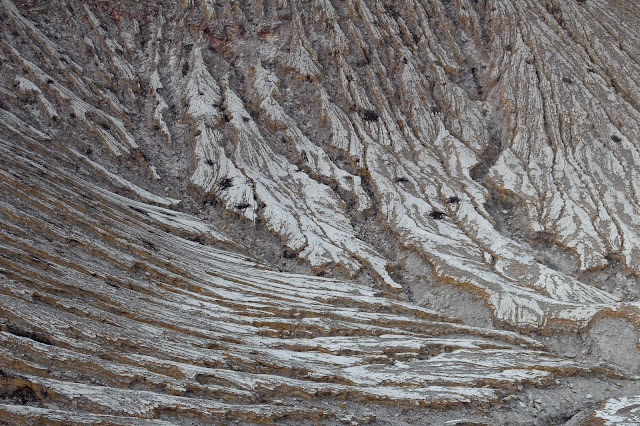 Trekking with Jared has its benefits. He marched tirelessly uphill to a drill instructor's tempo, and scrambling behind him ensured that we reached the summit way ahead of the pack. We even wound up being one of the first down into the crater - except, of course, for the miners who were already halfway through their day.

Here and there they sat half-hidden amongst the rocks that were stacked into a sort-of path. Some of them were in pairs, but mostly they were sitting alone, catching their breaths in the dark silence. Once a miner stopped us from heading the wrong direction with a shout of "Sini! Sini!", and it wasn't till dawn much later that we saw the sulfur lake (with pH as low as 0.13!) lying just a dangerous misstep away from the trail. Otherwise, the miners kept their heads down and didn't talk much. They needed to conserve their strength for their loads - each haul weighed between 80 to 100kg, and to add to that they had to measure each step carefully on the loose rocks. Each kilogram earned them just 8,000 IDR (SGD$0.80). 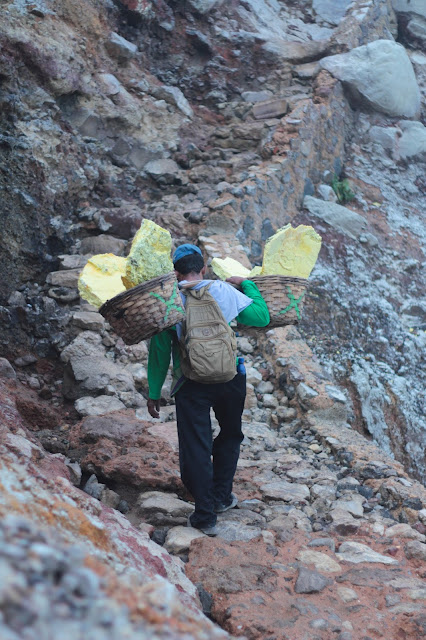 After 800 metres we reached a point where the ground had flattened out. On the left and in front of us sulfur fumes were billowing out of the mountain in thick white, innocuous-looking clouds. But the truth couldn't be further from it. A wayward breeze sent us into a coughing fit, and for a moment Jared and I stopped and looked at each other. Now what?, said the unspoken exchange.

Well, there was no two ways about it - the blue lava lay just behind the screen of smoke, and we absolutely had to walk into it if we wanted to see the lava. In something just shy of hushed reverence, we stepped forward through the fumes and raised our eyes to the glow lying a metre above us.

If I'm honest, I laughed. There wasn't nearly as much of it as I'd expected, and the blue wasn't the rich shade I'd seen online. It was blue enough in an unearthly kind of way though. 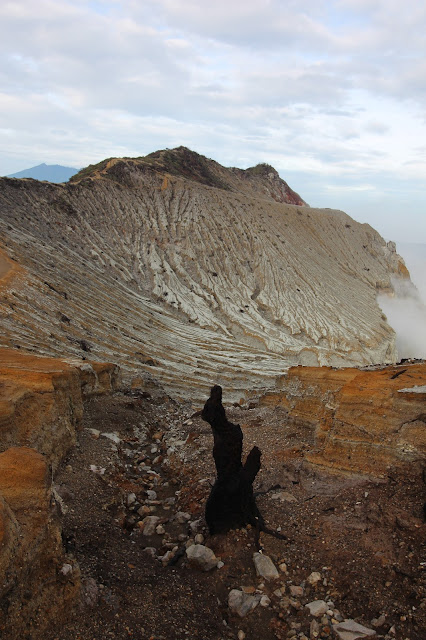 Since we fancied ourselves as photographers on a mission, we set up our tripod and camera - but before we could even get it in the viewfinder, a particularly vicious gust of wind obscured everything from view. In an instant my eyes started hurting and I couldn't breathe for the burn in my throat. (If your guide gives you a surgical mask and says it's more than enough protection, like ours did, do not believe him.) We abandoned our equipment and did a half-crouch-half-walk to a nearby rock outcrop, but there was no reprieve to be found. As I squatted there tearing and gasping, Jared did a valiant dash back into the thick of it and retrieved our camera, then we exchanged another glance and knew that was it - we had had enough.

Back up on the crater rim it was a world of difference. Our skin and hair still stunk of sulfur, but I'd never been more aware of how easy it is to breathe.

In the end, we sat around at the summit and watched the sun come up over the crater lake. In all four directions the clouds melted into the fumes, which in turn melted into the fog; it was impossible for us to tell which was which, and so, to us, they added to the mystique of the mountain. But as for the little dots of miners down below? I wonder if it's beauty they see, and what they think when they see us walk so easily away. 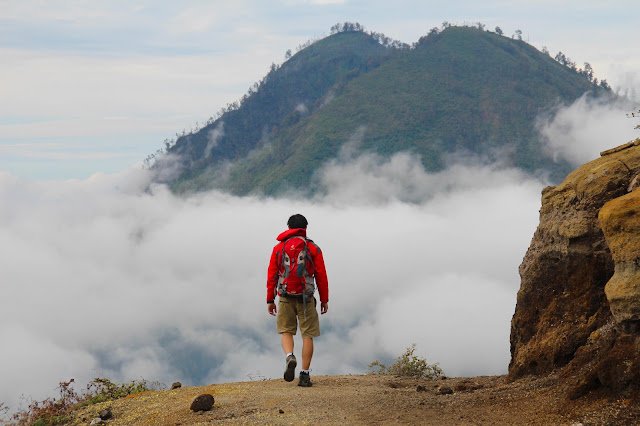