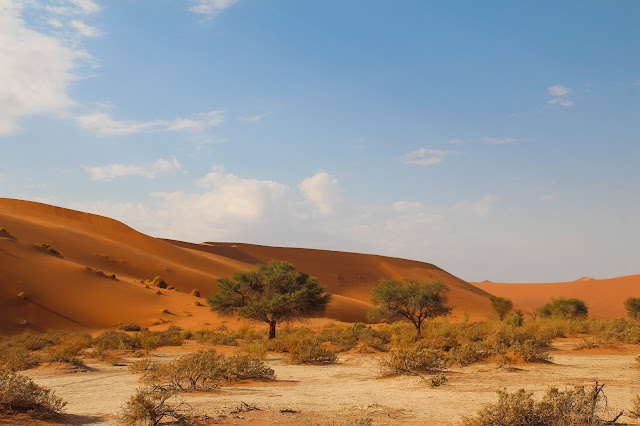 Hands held high against our brows, shading our faces from the relentless heat - a futile resistance. We trudge steadfastly into the rising sun.

Ahead of us the desert unfurls like a roughened red ribbon. We stand in the hollow of its creases, where its edges are out of sight, but we see in our mind's eye that it ravels till the ends of the earth and know there is no one here but us. 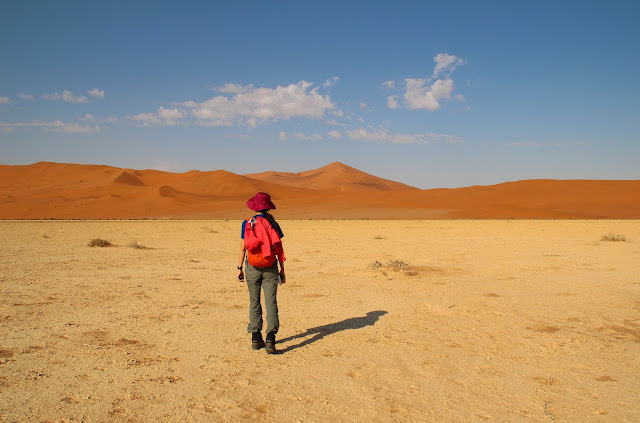 A sand dune lies in our path and we decide: we must climb. Step by step we ascend, bent over in effort, up a red wall that falls silently away beneath our feet. Along the ridge the wind whips ripples into the sand and raises a cloud that hangs in the air and assaults our breaths. We tumble gleefully down the far side.

Here, a dry riverbed. It is old, cracked, and bleached the colour of time. We follow the fossilised tracks of an antelope and then a hyena. The idea of life in this most desolate of lands is inconceivable. We laugh, giddy, as the sun's rays beat down mercilessly on our shoulders. 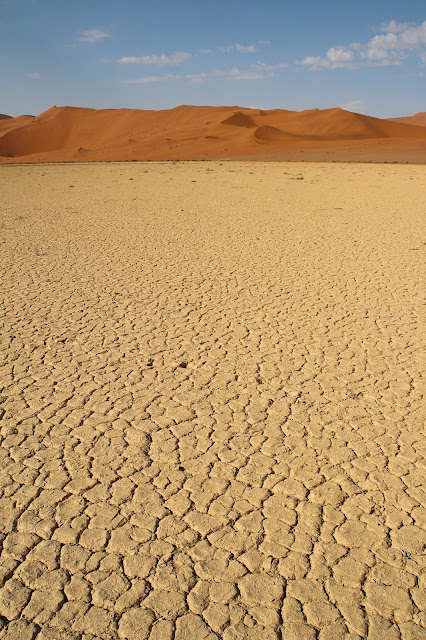 Another sand dune, and another, and a shimmering mirage of an oasis in the distance. We can see the harsh outline of trees standing tall in a chalky white lake. Drawn by the hope of respite, we inch closer. But it is not water, and there is no rest. Instead: gnarled outstretched limbs, immovable in a bed of clay, twisted and frozen in an image of death - 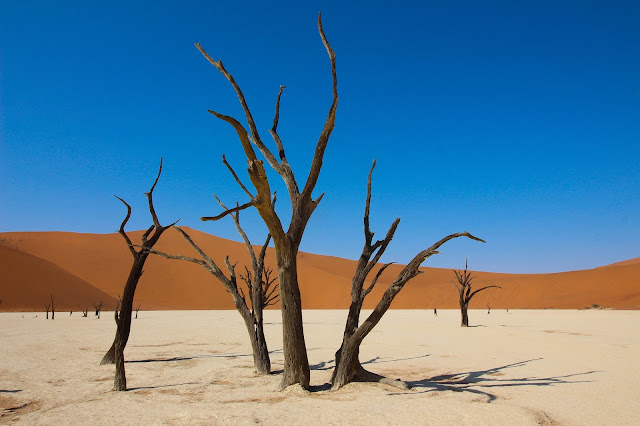 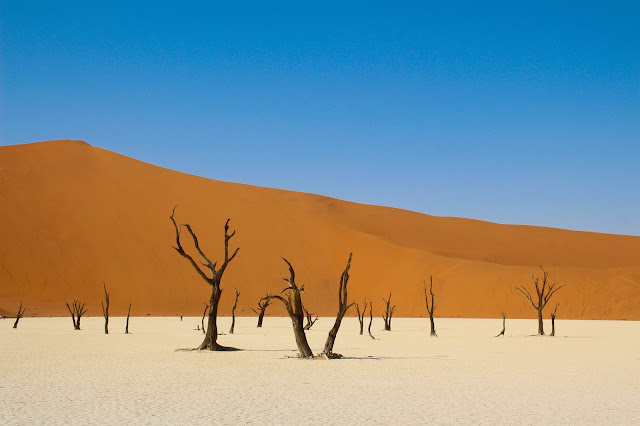 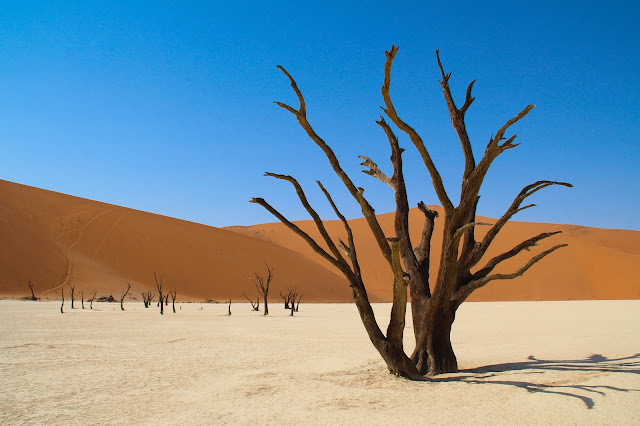 
Deadvlei is a clay pan characterised by the dead trees that still stand in it, a remnant of lusher times when a river flowed through the area. As the climate changed and the sand dunes shifted, the river was diverted and eventually dried up. The trees died soon after due to the lack of water but never decomposed because of the dry heat of the desert. Seven hundred years later today, they have become one of the most recognisable symbols of the Namib Desert.