Back when I started diving in 2012, there was a Three Year Plan. I used capital letters to indicate how significant this is, because I am not often this disciplined, much to the chagrin of a particular aunt of mine . But there is enough disappointment there to fill another post, and this one is about Siberia. Specifically, ice diving in Siberia. 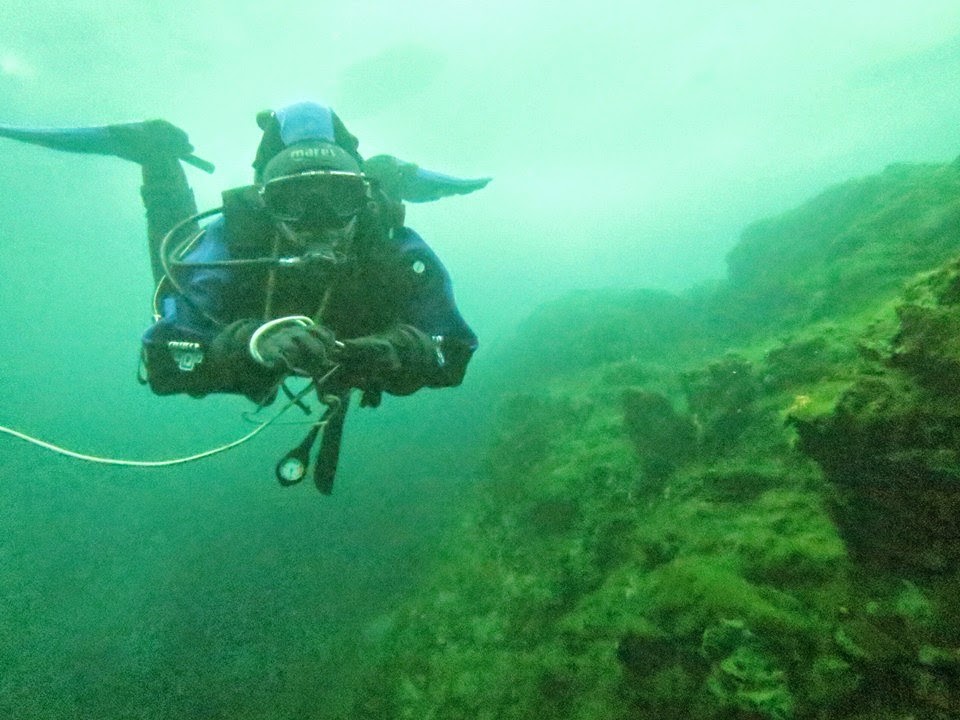 Ice diving was the end goal of my Three Year Plan. Which is not to say that I even knew what ice diving entails, where I could do it, and whether there was anything fun about it at all. I think it only found its way into my Plan because it sounded like the most exotic thing someone from the equator can do.

That's how I found myself in at Lake Baikal, Siberia, this winter. 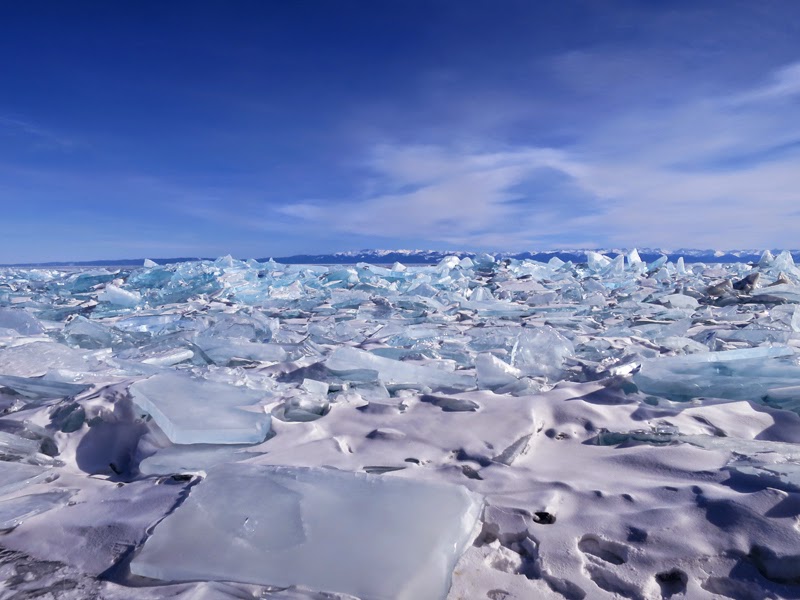 The day I reported for the course, it was three degrees and sunny. The first day this year that the temperature is above zero, the instructor told me, you are lucky!

Theory was held in a small and dark room by the lake, where, in between the instructor's halting English and lively gesticulating, we fell into a comfortable routine that would continue throughout the rest of the course.

Open water was where the excitement really began. Getting into a dry suit was easy enough, but climbing down the banks of the lake and walking over ice and snow while in full gear was not. Every time I fell over, I couldn't get back up by myself. I had to lie in the exact awkward position I fell in, unable to even turn or push myself up, until the more surefooted instructor yanked me up by my tank. 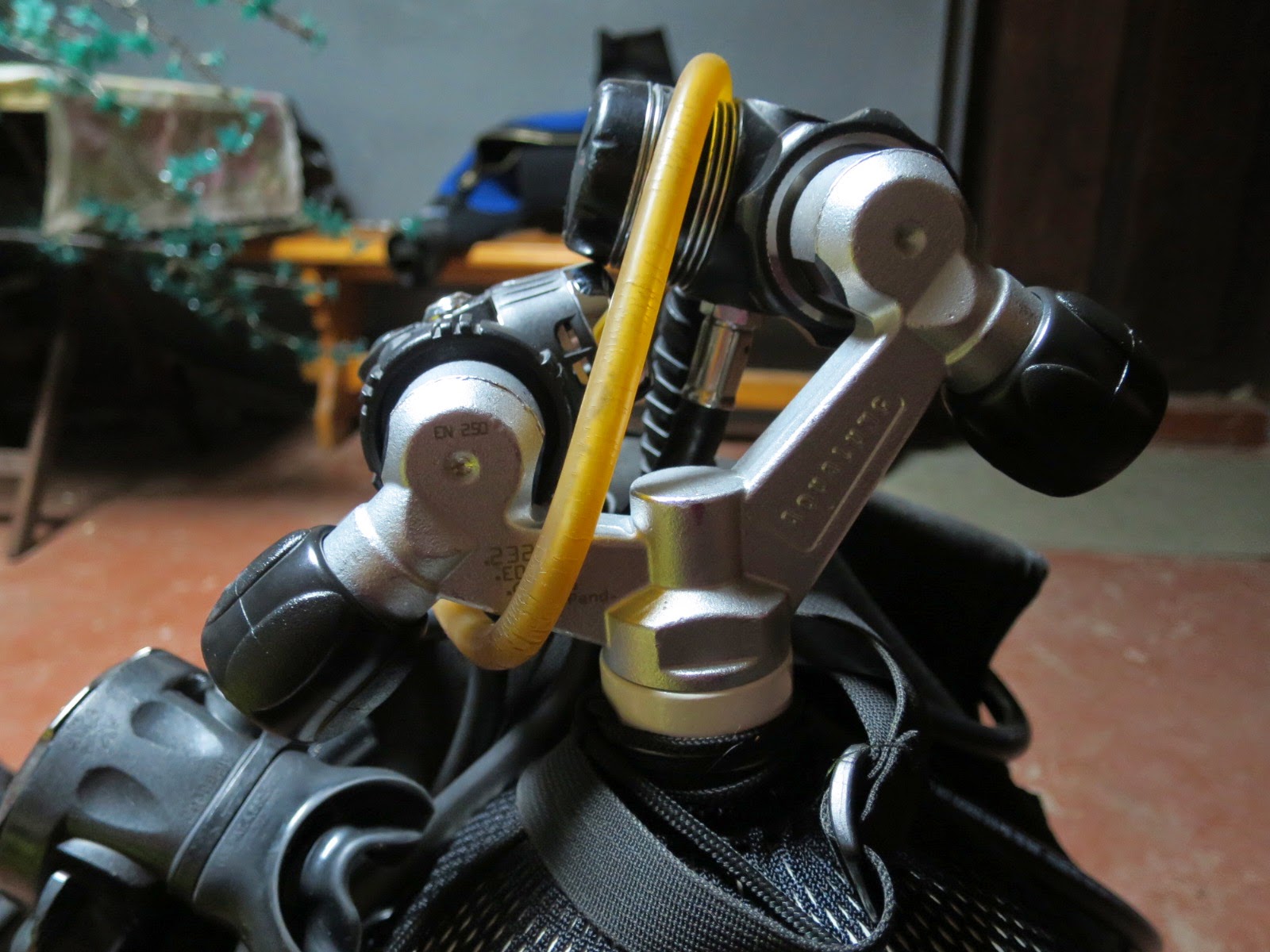 The first dive in Baikal was to certify me as a TDI/SDI Dry Suit Diver. At the start I was pleasantly surprised at how my legs withstood the cold as I slid into the water, but as soon as my head was under, water started trickling in through the neck and wrists of the suit.

We completed the skills fairly quickly, and the instructor felt confident enough to take me a little way under the edge of the ice, but within twenty minutes I decided to call the dive. I simply couldn't feel my hands to operate my gear any more. It felt like my arms ended at my elbows. What had started out as a manageable trickle had escalated into a stream of water that flowed down my chest whenever I moved my head. 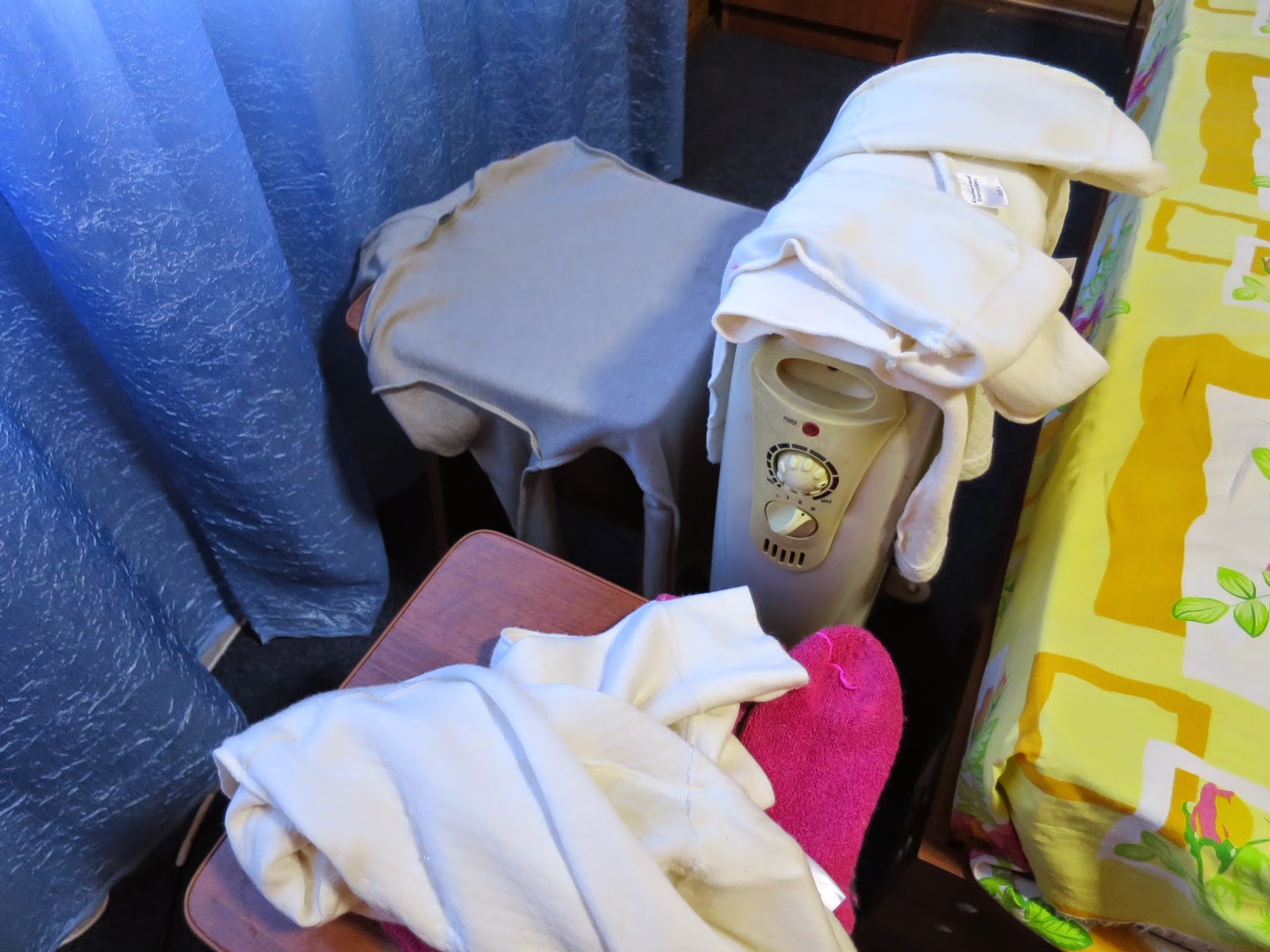 By the time we got back to shore I was already sneezing my lungs out. The day ended with me huddling in a hotel room warmed to thirty-five degrees, my clothes drying on the radiator, and a promise of a better-fitting dry suit the next day.

Day two started with snowfall. The temperature was back to sub-zero, and the frozen whiteness of the lake was indiscernible from the sky. We set out to find a suitable spot to dive from.

The process of preparing for an ice dive is pretty cool. First you cut the outline of the hole with a chainsaw. Then a harpoon-like pole is used to break the ice - which can be as thick as fifty centimetres - into smaller chunks that you can shovel out of the way. Finally, safety ropes are laid in four directions radiating from the hole, so a diver who slips from the rope underwater can still navigate his way back by looking up at the ropes' silhouettes. 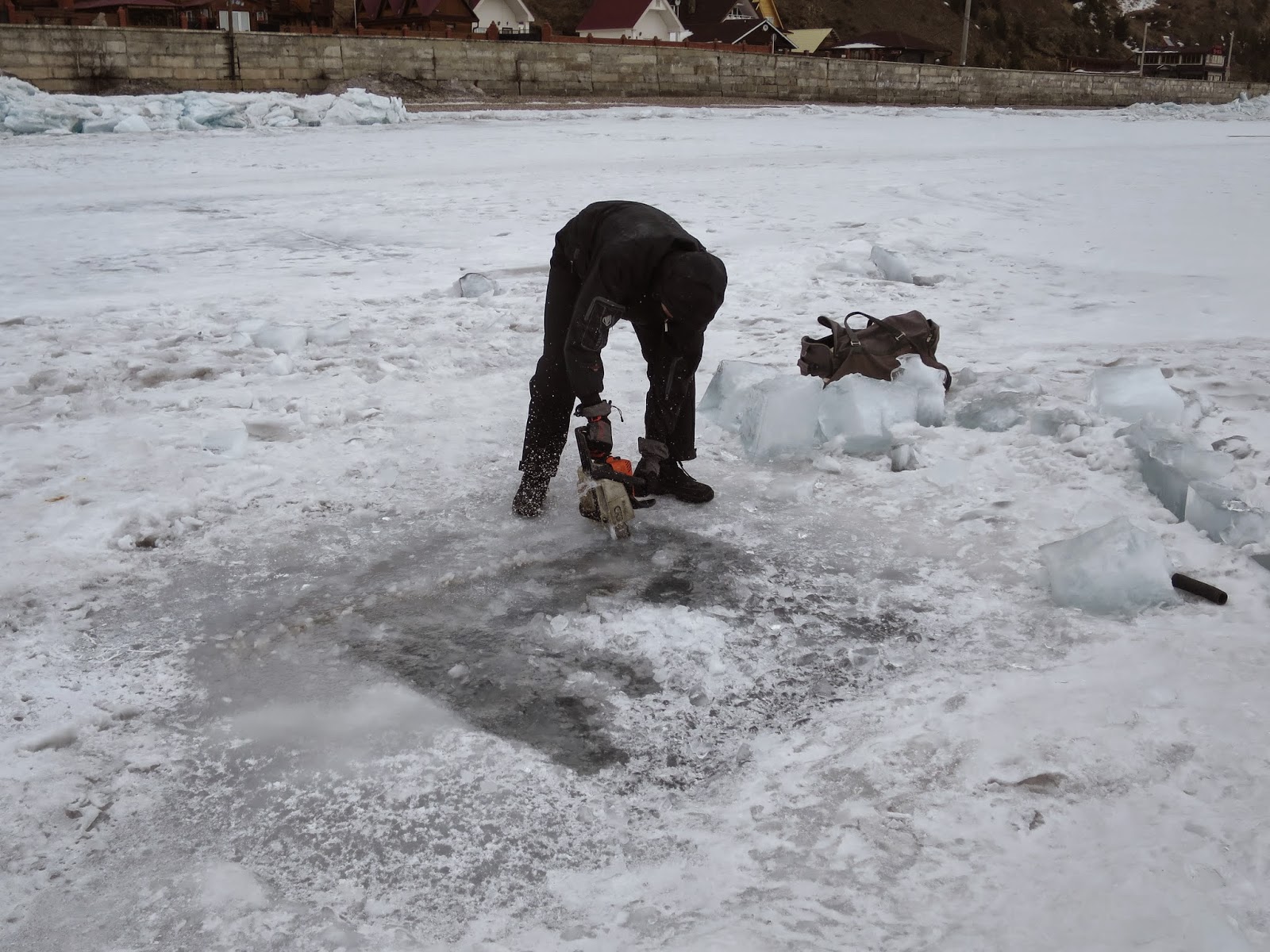 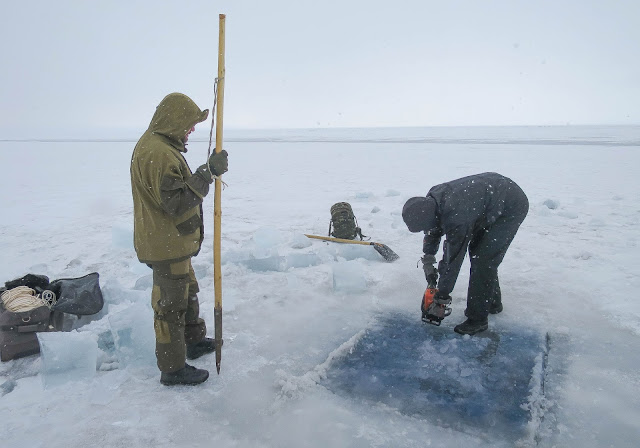 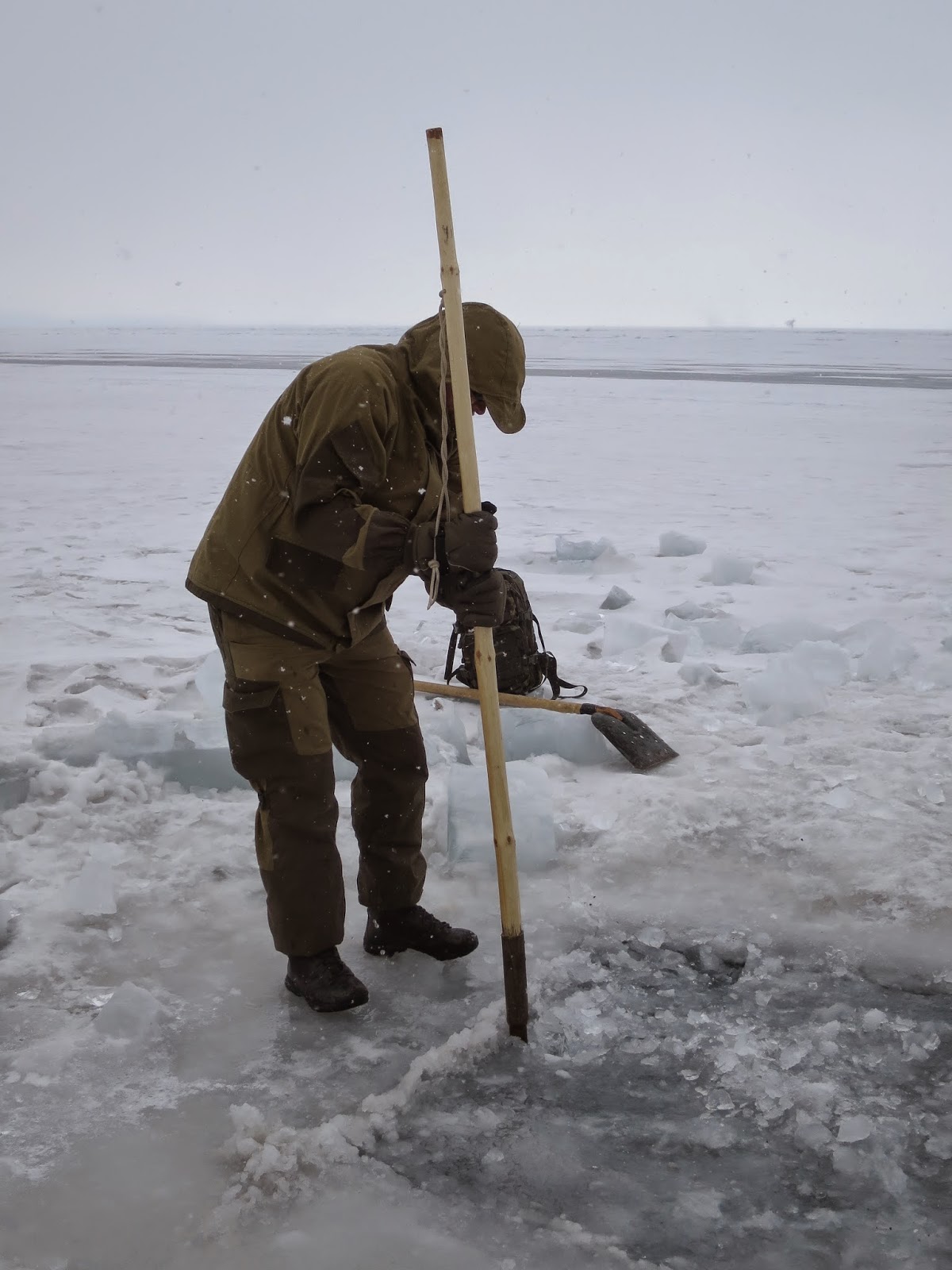 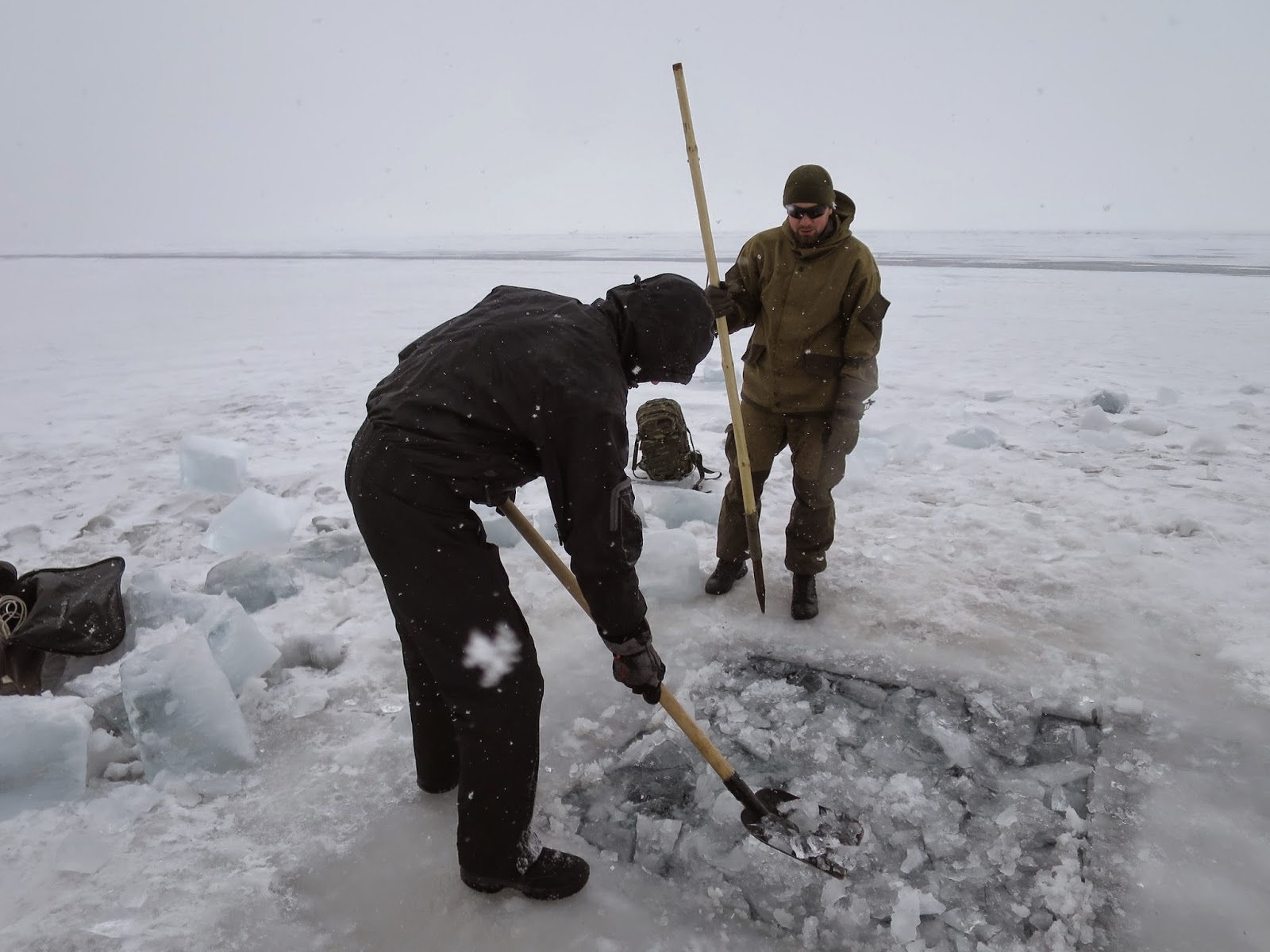 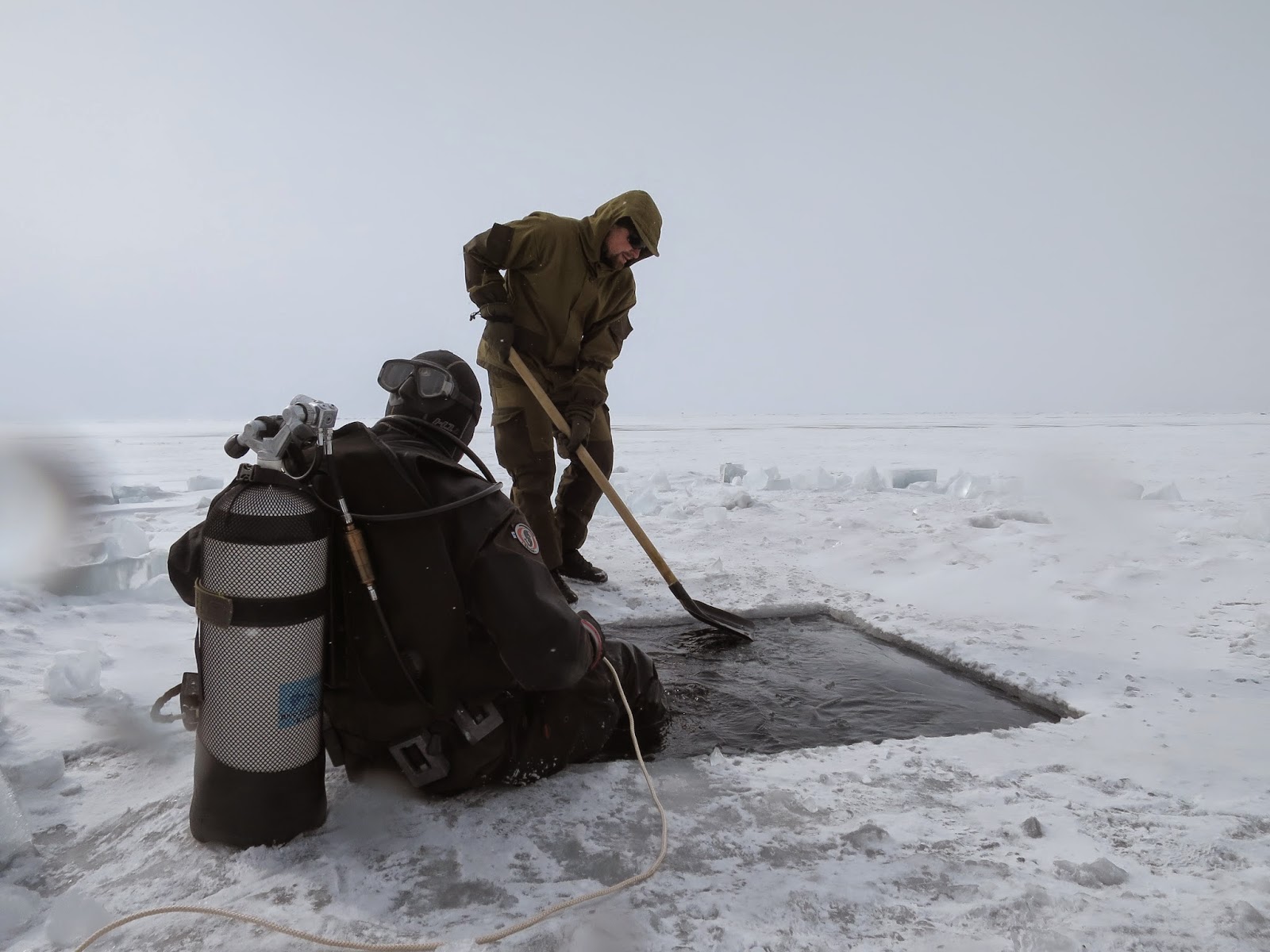 This time, the dives went much, much better. I had the chance to lead a dive and practise sending signals to the surface along the safety line. There wasn't so much by way of underwater life, but the ice formations were extremely pretty. Even the way my bubbles spread out under the ice was mesmerizing. It was all a very new perspective to the usual winter scenery.

I did, however, have to end the second dive early because my dry suit - not meant for someone with wrists as disproportionately skinny as mine - leaked yet again.

So, at the end of the day, would I do ice diving again? Probably not, unless there's a great reason to. It's way too much work for a dive that isn't particularly comfortable. That said, I'm glad I had the chance to try this, and the memories will definitely stay with me for many years to come. 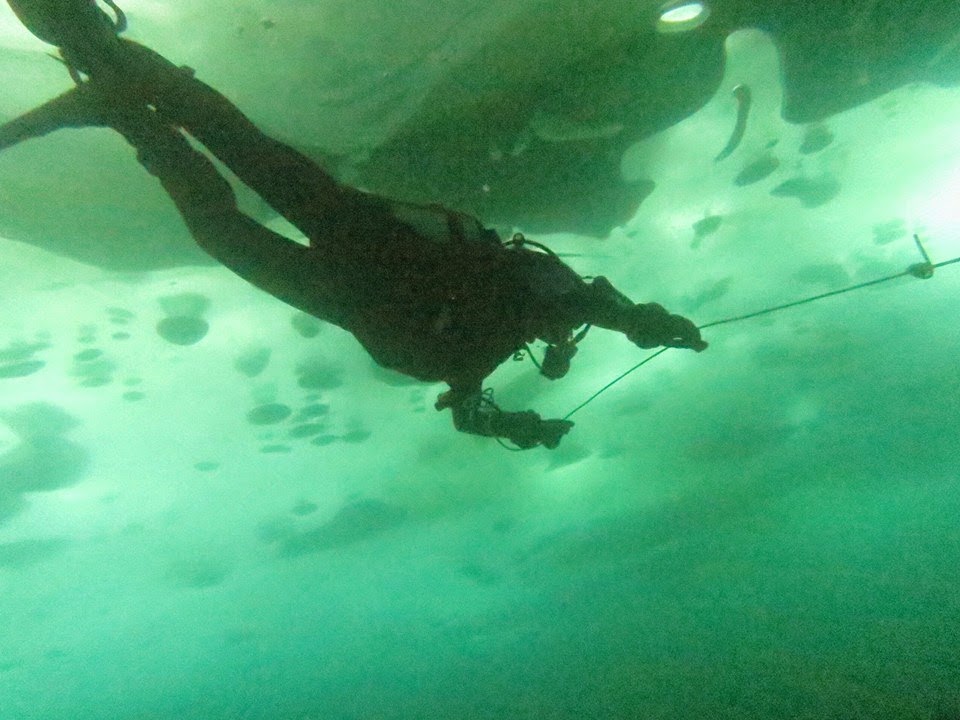