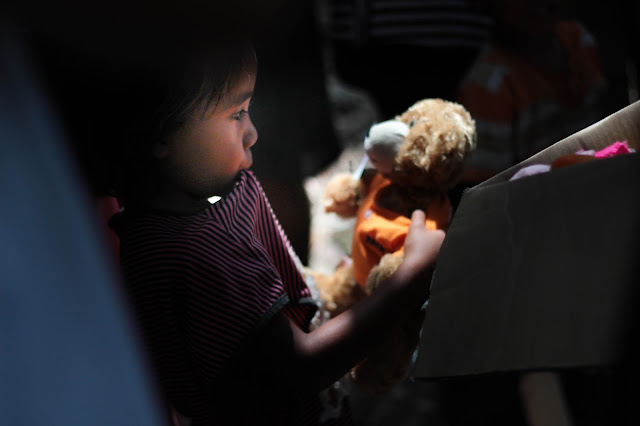 We stopped at one of the islands whose reefs we were diving at in order to seek an audience with the village head.

More than sixteen hours from mainland, the island was enclosed almost entirely by tall, rocky cliffs. A small bay fronted by ramshackle houses, a long flight of stairs and the smiling chief greeted us. 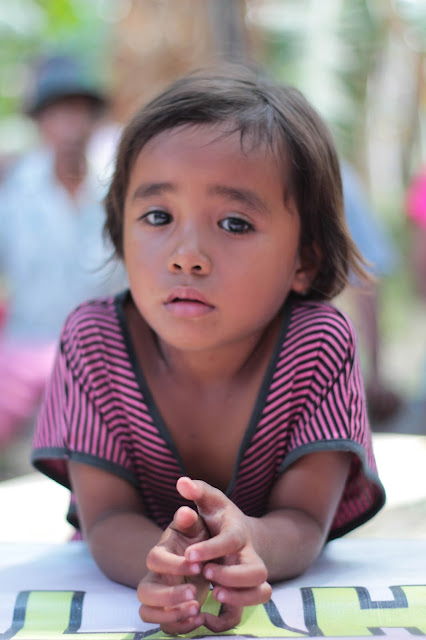 Over freshly plucked coconuts, he explained that the villagers were having problems with illegal fishermen trespassing their waters. That was already clear to us, at any rate. Underwater there had been patches of reef destroyed by dynamite - a fuss-free but wholly unsustainable way of catching entire schools of fish at once. It was a heartbreaking sight.

So we were here on the island because our cruise director had gifted them a boat engine, in the hopes that they would use it to chase away the outsiders. 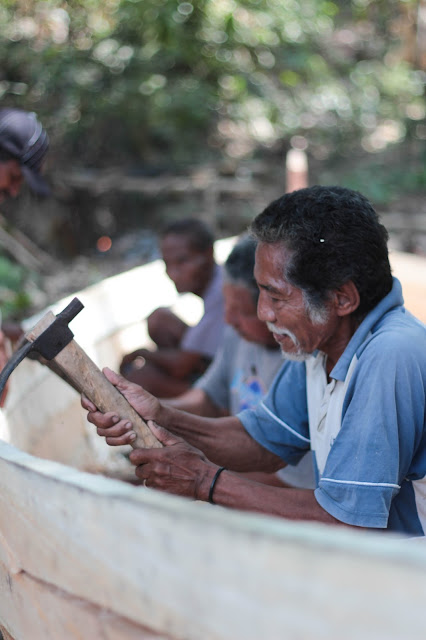 The wooden boat it would eventually be affixed to was a year in the making. Its naked hull lay in the small plaza, the immovable center of a buzz of frenzied activity. As we watched the rhythmic pounding and sanding, the village head stood forward. He looked too jovial and young to be a head, really. With the kind of awkwardness of someone unused to addressing foreigners, he announced the christening of the boat - after our cruise director - and led the villagers in prayer. 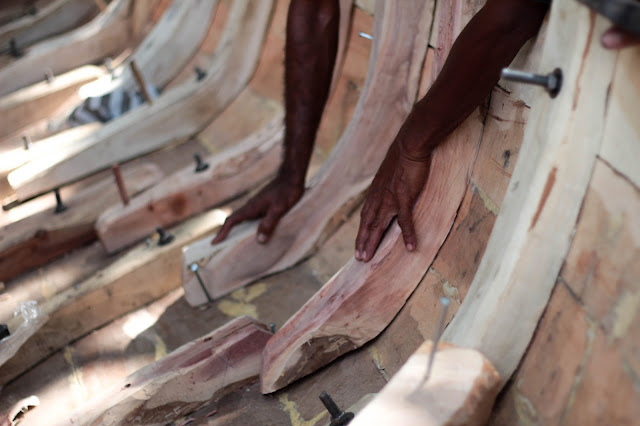 After that we wandered around the village a bit, playing with the dogs and the chickens and the children, who were the most shy of them all. We'd brought several toys anticipating that - and a few well-placed bribes coaxed some smiles from their beautiful eyes. :) 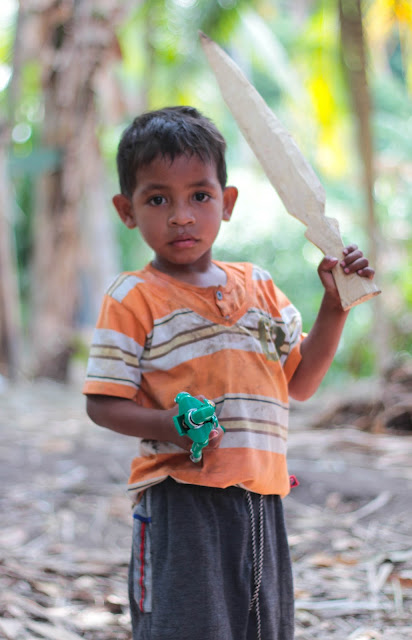 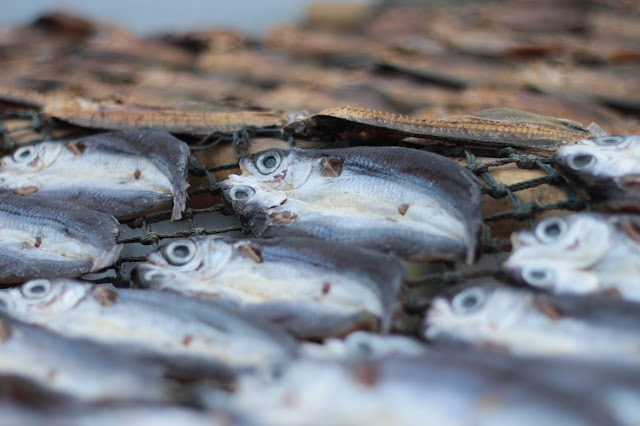 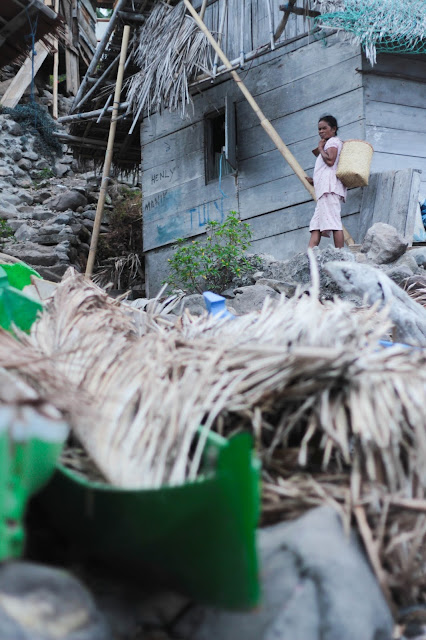