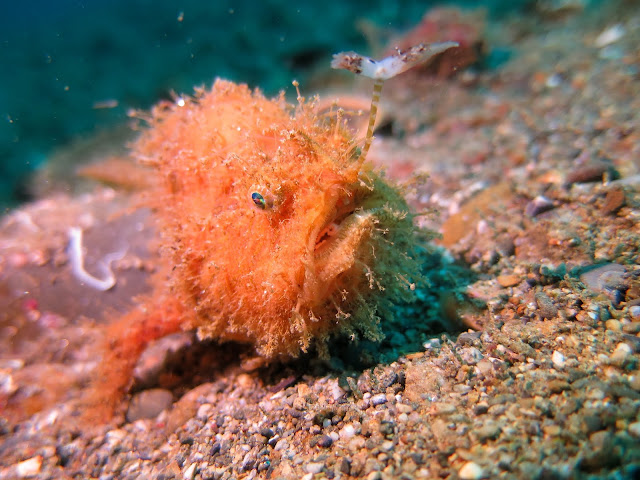 A year ago we dived at Lembeh, known for having the best muck dive sites in the world. It was a huge leap of faith back then because I was still in the phase where I wanted to see whale sharks and mantas and hammerheads - and the more and the bigger the better! - since titchy little critters just can't be as interesting, you know? 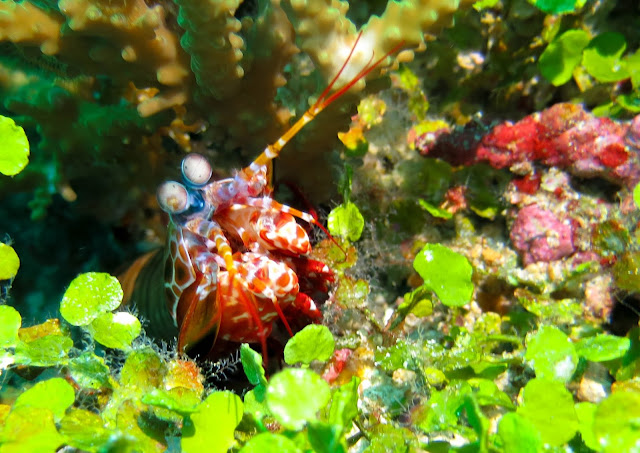 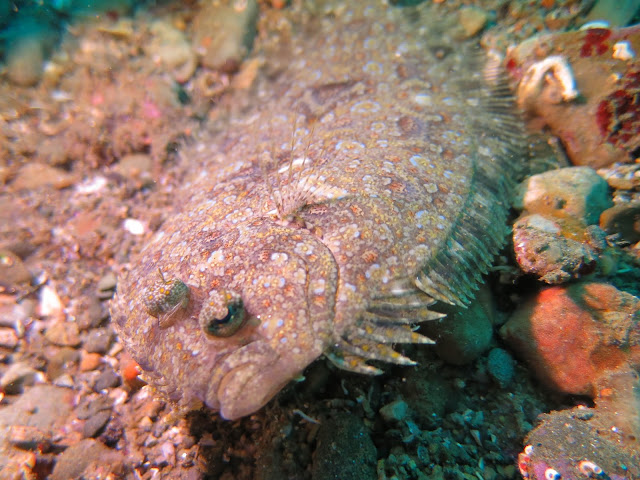 Turns out, I was completely wrong. Since then I've been hooked on muck diving, and when I heard that our first dives on the Banda Sea trip were going to be at Ambon, which is kind of in the same area as Lembeh (and I say that in astronomical terms), I was immediately excited at the vague promise it held. 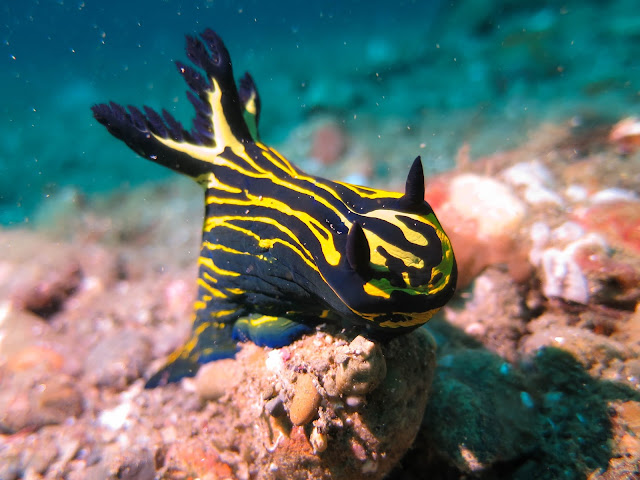 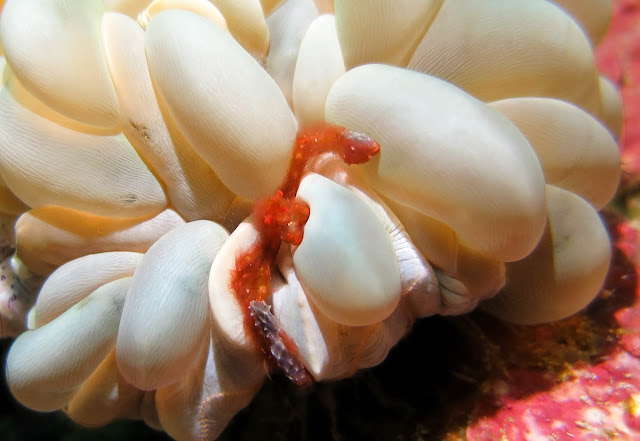 Our dives in Ambon were just off the pier, amongst the jetty legs and in the shadows of the docked boats. On an earlier trip, the dive videographer told us, they had found a mimic octopus, frogfish, and five different rhinopias in a mere ten square metres - a veritable treasure trove of the weird and wonderful. 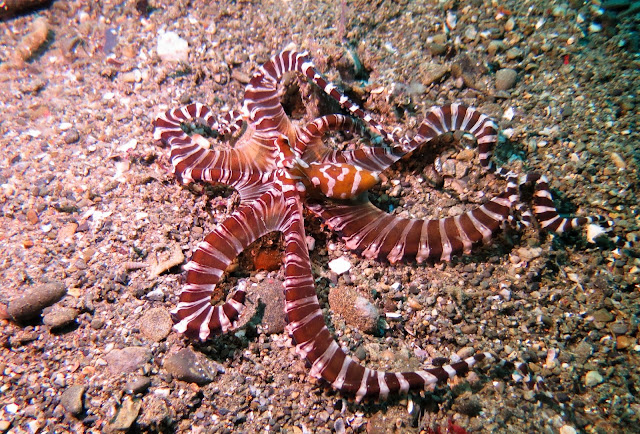 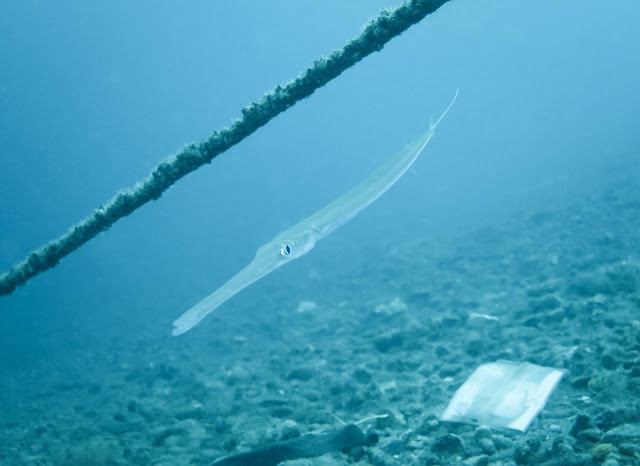 We backrolled from the dinghy into the water in eager anticipation. Beneath the surface, the scene was uncannily similar to Lembeh. The seabed consisted of black sand littered with the soggy remains of snack packagings; around us, a plastic bag might float by, suspended in mid-water like a pale imitation of a jellyfish. A colourful mantis shrimp scurried by and dived into its burrow mere seconds after we hit bottom. 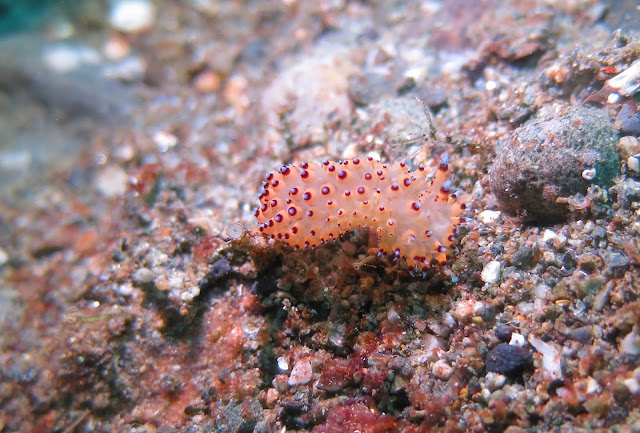 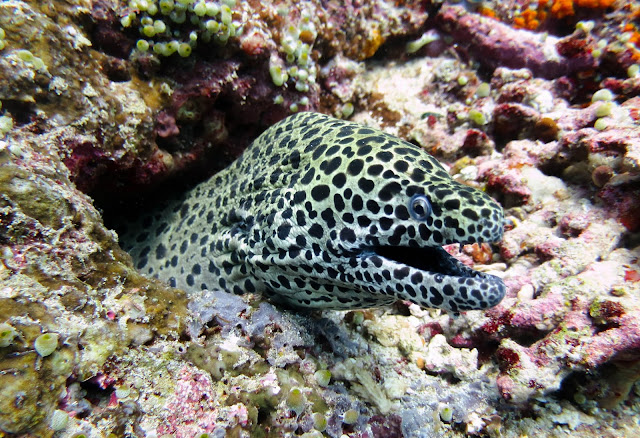 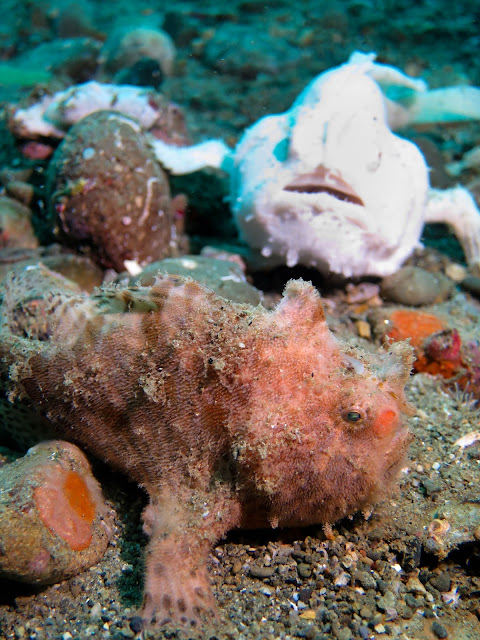 Ambon doesn't have critters in the kind of numbers Lembeh does - but then I'm being unfair in comparing it against another place. It has its own merits, and every one of its indigenous species is nothing less than a marvel unto itself. In just two dives, we managed to spot a wunderpuss, flying gurnards, sea moths, and an entire catalog of nudibranches. Best of all - and I had a mini heart attack when I saw it - there was a bright orange hairy frogfish flicking its angler at us as we peered back down at him. 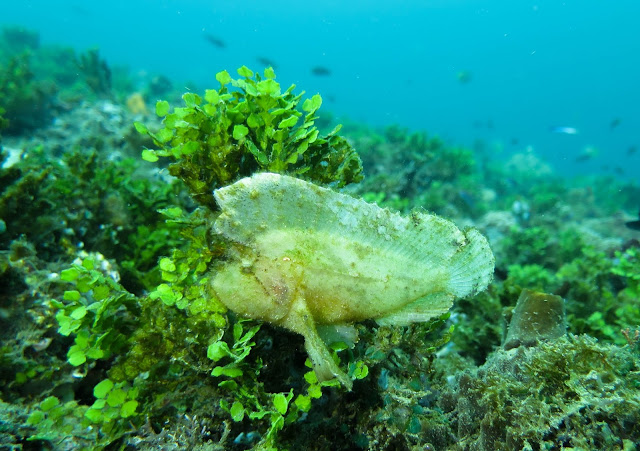 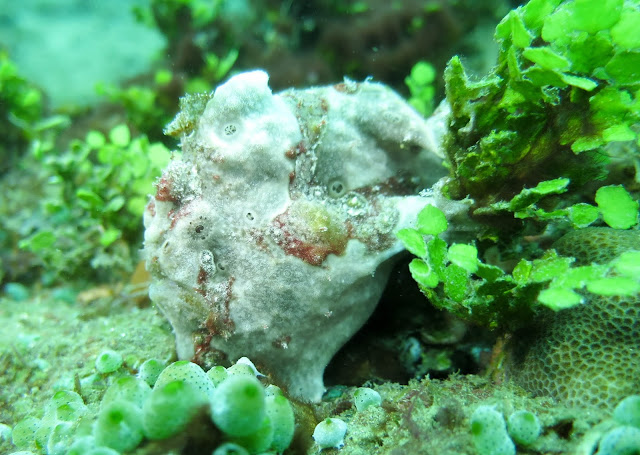 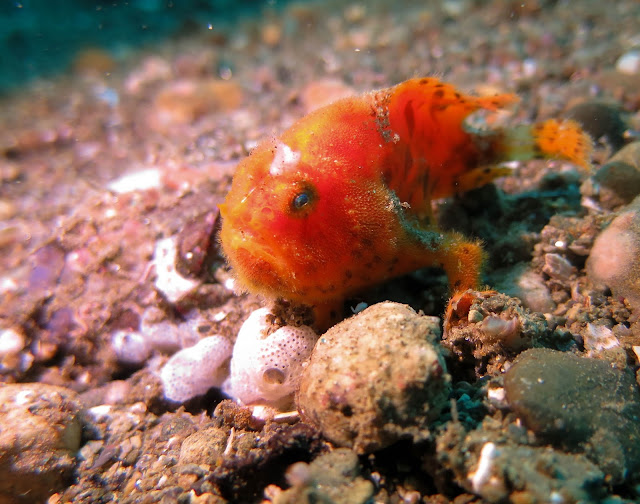 And really, what's there not to love about muck diving? It's all about the thrill of discovering something where you least expect it, and in a form so utterly strange that you can scarcely believe it exists. 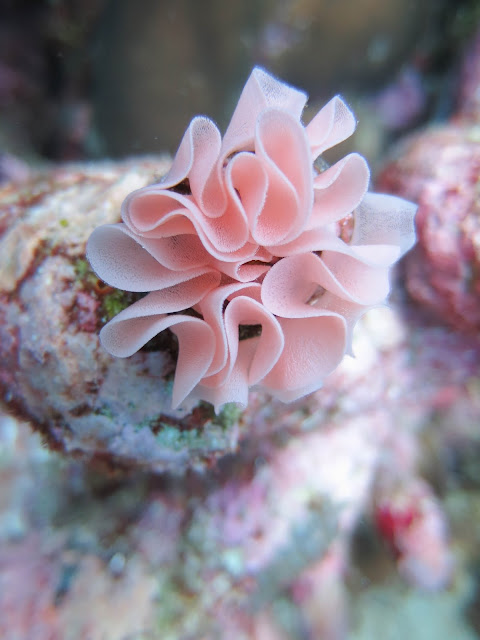 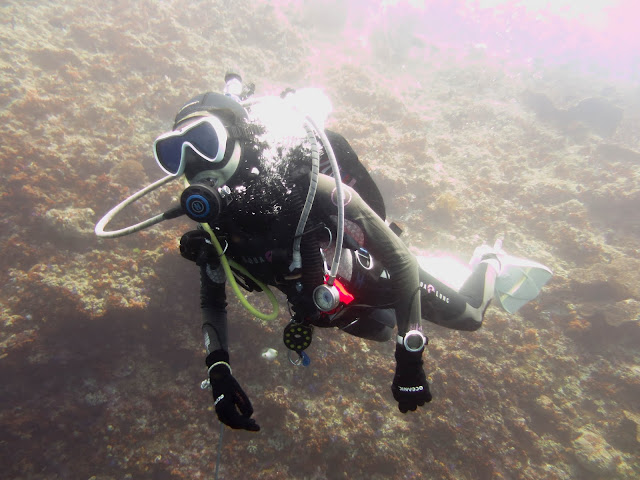 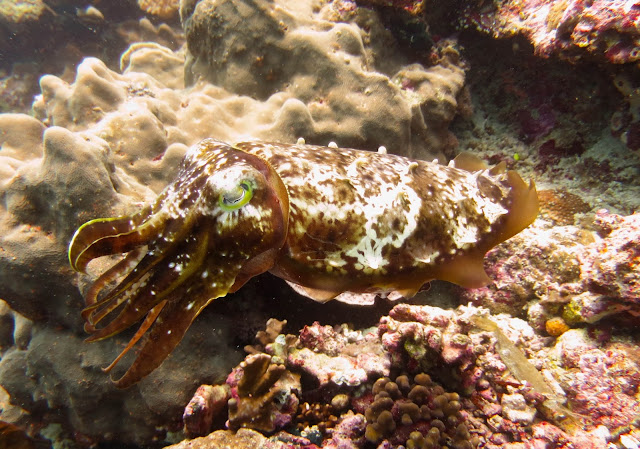 Muck diving is an activity that captures my attention because it gives an experience like no other. The happiness and peace I felt every time I do PNG diving is one of a kind.

muck diving is one of a kind I wanna try it again with my friends. Thanks for sharing your blog.