Swimming with a dugong, East Timor 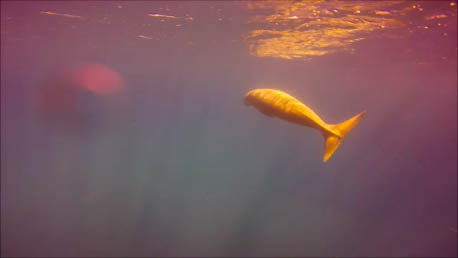 It was our second day diving in East Timor, and so far we hadn't seen anything too extraordinary - unless you counted the strange dearth of fish life. On every dive the sites had been eerily still. This was, a diver in the group presumed, due to overfishing. It was something about the kind of fish he had seen street hawkers selling that led him to that conclusion. They tended to be too small and not the kind you'd catch if you had a choice.

And so we learnt to dive without any harbouring any expectations. There was, however, still one animal Ihadn't given up hope on though - and it was the dugong. (The animal I fervently hoped not to see was the salt water crocodile, and as it turned out we had a narrow miss with it. A week after we left Dili, the divemaster sent us a photo of a saltie lounging at the beach in front of the dive shop. They are apparently not an uncommon sight there.) 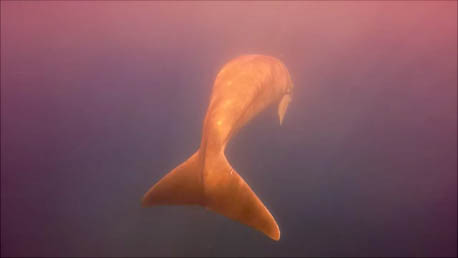 Dugongs are completely fascinating creatures. They look so ungainly, and they have the face of something you'd expect to see on land. I remember visiting River Safari in Singapore and seeing a young manatee hug its keeper's legs as she dangled them in the water. Incredibly cute, and a world of difference from the other fish and cetaceans you normally get to see when diving.

So, on every dive, I kept one eye over my shoulder, hoping that a dugong would magically appear out of the gloom. But no such luck - until one day, between dives at a site carpeted with seagrass, the dive guide casually looked over at me and said, "You know what you wanted to see? There's one swimming about twenty metres from the beach." 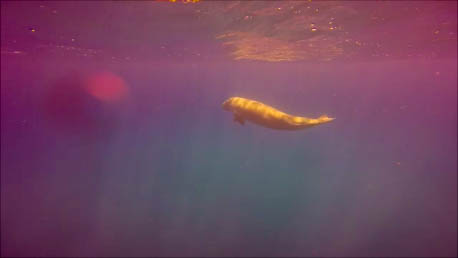 In the blink of an eye Jared and I had our fins and snorkels ready and were swimming for our lives into the surf. "Left!" the guide would cry from shore, and we would veer a little and kick furiously; or "Right!" and we would gasp for air and do a sharp turn. It was a tough job keeping up with the big fella's acrobatics alright, but just as we were about to give up, a huge wave buoyed me high above everything else, and I caught sight of a huge dark shadow just in front of us. Dugong!

We popped our heads into the water instantly - and there he was - his huge tail barely a body-length away. All in all we had about five minutes with him as he swam around, before he vanished back into the depths.

Check out the videos below (credit to the divemaster who was with us)!

Hmmm.... The visibility is like quite challenging to get good shots..