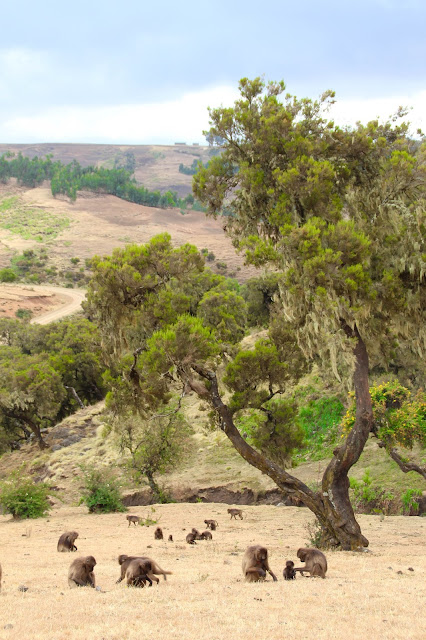 On a good day, I imagine the Simien Mountains would be no less impressive than Arizona's Grand Canyon.

We were, unfortunately, not there on a good day.

To be precise, it hadn't even been a good week, according to our guide. Where there was a drought going on in the other parts of Ethiopia, it had been drizzling more or less every day here. It seemed like all the country's rain clouds had descended upon the Simien Mountains and us hapless hikers. 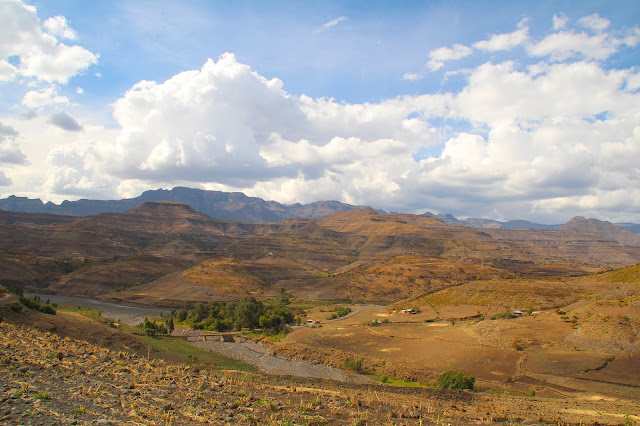 In a sense this was a welcome relief for those who live here. The drizzle heralded the end of the dry season, washing away the arid dust that hung in the wind and left a strange, scorched smell in our hair. But the downside of this was that the scenery was never fully visible throughout our hike. 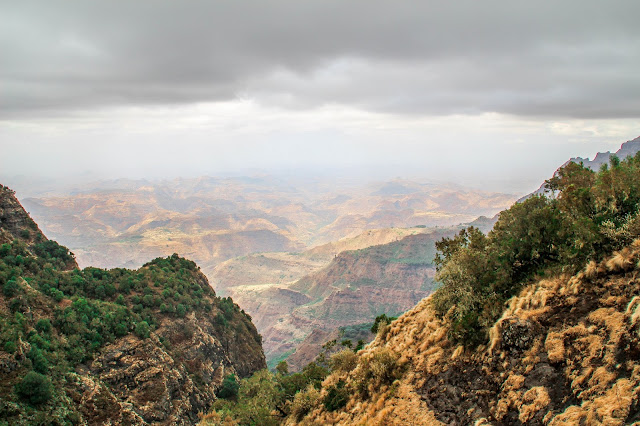 As we trekked across the mountains, the heavy grey clouds and fog remained our constant companion, obscuring the canyons and cliffs from view. Occasionally - only very occasionally - the sun would emerge and the chill would lift. These moments we cherished; we shrugged off our backpacks and sat with our faces upturned to the sun, revelling in the grandeur of the rugged landscape. 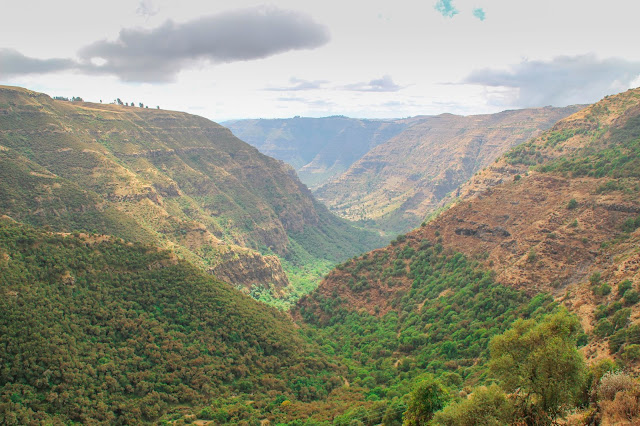 In spite of the bleakness, we saw many things:

We saw birds wheeling around a waterfall that plummeted five hundred metres into an abyss below. I teetered on the edge of the cliff - too scared to lean forward, but at the same time eager to catch a glimpse of the waterfall's end - before retreating on wobbly legs to the safety of solid land.

We saw a bomb crater, about three metres across, an innocuous bowl-shaped depression carpeted with grass that had smoothened out its edges. We sidestepped it cautiously as we continued upwards on our hike. 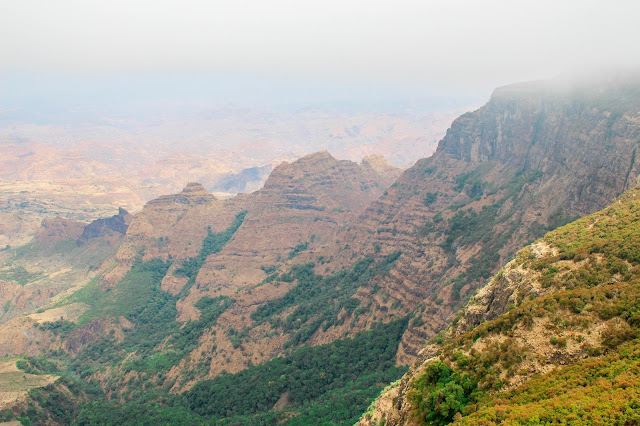 We also saw the highland gelada baboons (also called the bleeding-heart baboons, for obvious reasons), stars of their own show on BBC. In the drier months the fresh grass that forms the staple part of their diet is nowhere to be found, so the baboons are reduced to digging for the moist, tender roots of the dried vegetation. The troupe of hundred ignored us as we wandered amongst them on the vast hillside. "You know, they are very fascinating, intelligent animals," our guide marvelled. "They are so much like humans. They have language - or something very close to language as we define it. The adults actually have thirty-seven different types of vocalisations. But the most interesting behaviour of all is that they mourn their dead. They grieve when a baboon dies, and then they drag the body off somewhere - no one knows where, or what they do with the body, but that's why you never see dead baboons lying around." 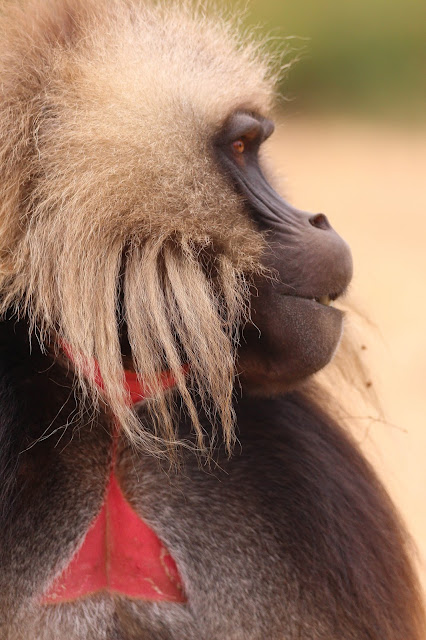 We saw bush bucks prancing at the trail-side; a large flock of guinea fowl in beautiful grey-blue plumage; vultures and eagles swooping overhead.

And we agreed, as we drove back to civilisation, that despite the dreary weather it had been a most pleasant experience after all. 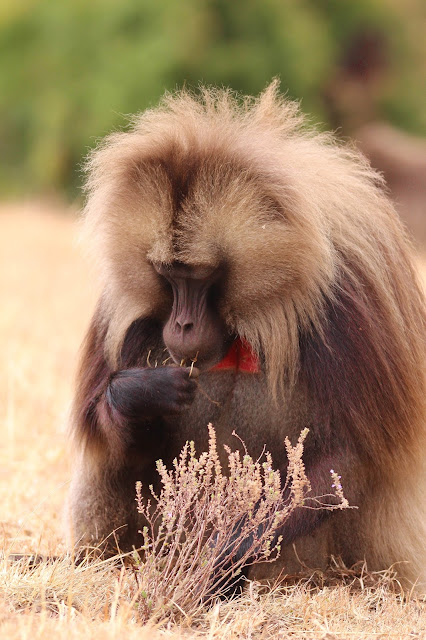 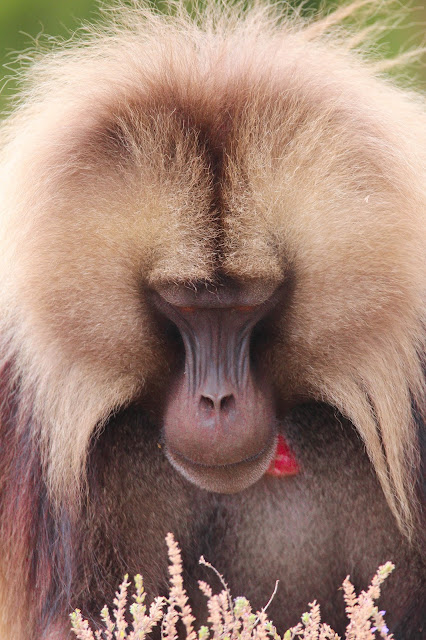