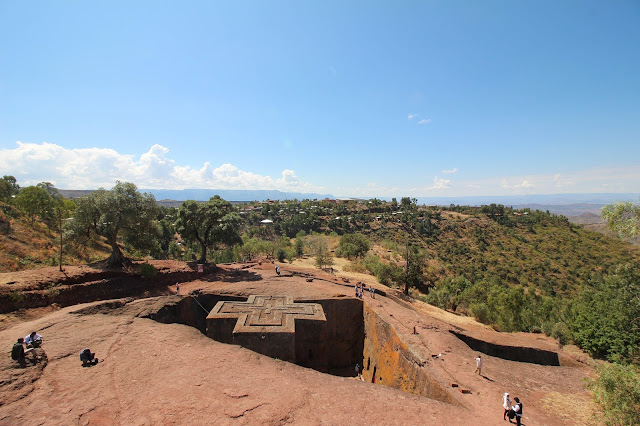 Lalibela is set in the craggy highlands of northern Ethiopia. The overland journey there will take you past scenes frozen in history - huts woven together with sticks, bare-chested children playing under the trees, and farmers bent over in terraces of teff. Elders shrouded in white, timeless apparitions that have been treading these roads for centuries, pause in their tracks and gaze at you as you pass by. Even before you enter Lalibela, you feel in your bones - there is something transcendental about this place. 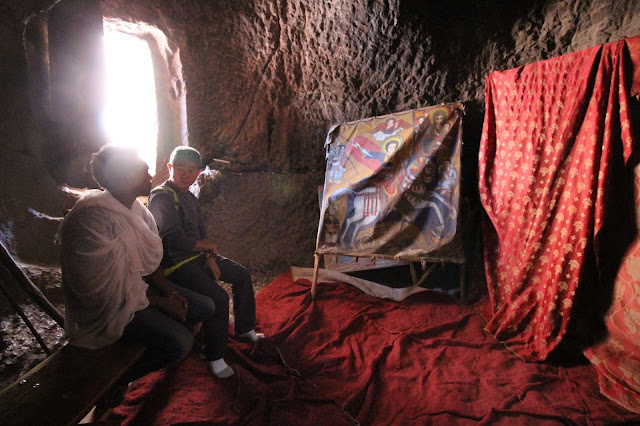 Stolen silence, an enclave of calm. We slip into a church where the air is cool and dark. Beneath the carpet of red cloth the ground is uneven, each notch a vestige of the hands that had tirelessly carved the church out of solid rock. The eleven churches were all hewn in twenty-four hours, they claim, a labour of love by men and angels. 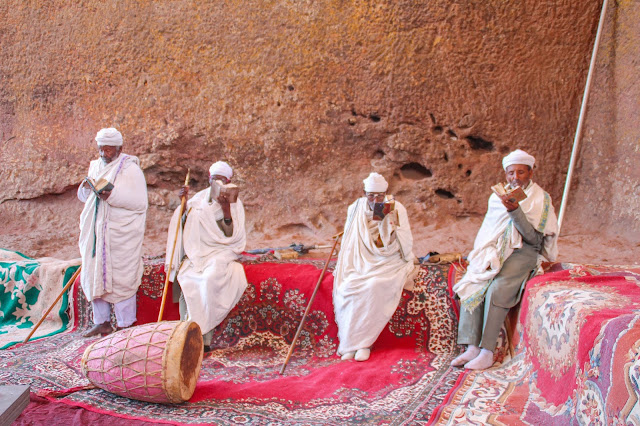 In the courtyard, a quartet stays motionless; they pay you no heed as you tiptoe by. Only when you are directly in front of them do you see the slight movement of their lips, and hear the low hum of voices harmonized in a long-rehearsed prayer. 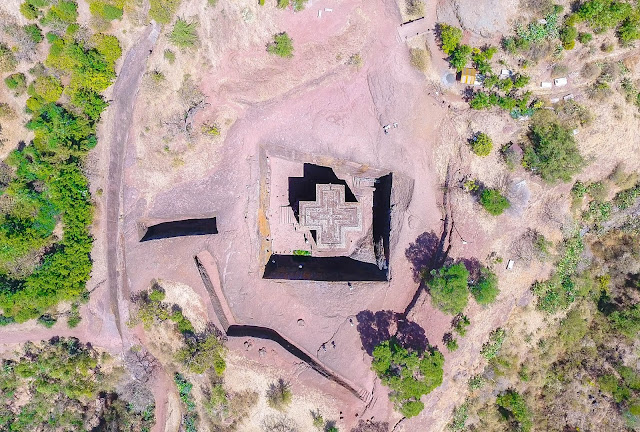 A great cross carved fifteen metres into the ground, its shape fully visible only from above, as if its designer had meant it for God's eyes alone. Our hotel was less than two hundred metres away from the church, but we couldn't catch even a glimpse of it from there - that's how well it camouflaged into the topography of the land. 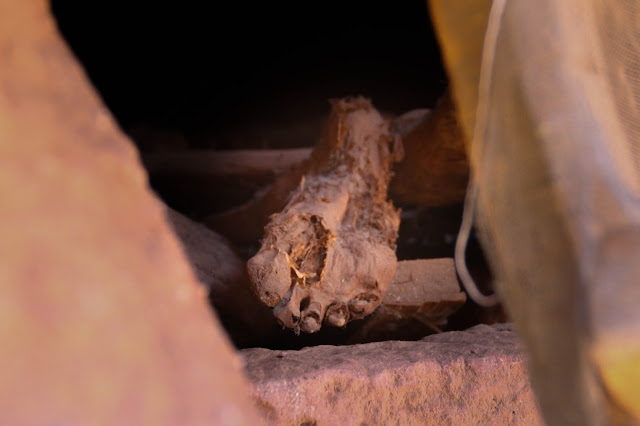 There are rectangular holes dug into the sheer walls of the churches. These are tombs for the wealthy, the noble, and the venerated. In one of the courtyards a mummified body lies barely concealed behind panels of mesh. We're told it's a miracle it's so well-preserved. And it is, indeed - its toenails are still distinguishable, at the end of a foot so desiccated that it looks more like wood than flesh. The mummies are left in the open as a reminder that miracles happen to those who believe. 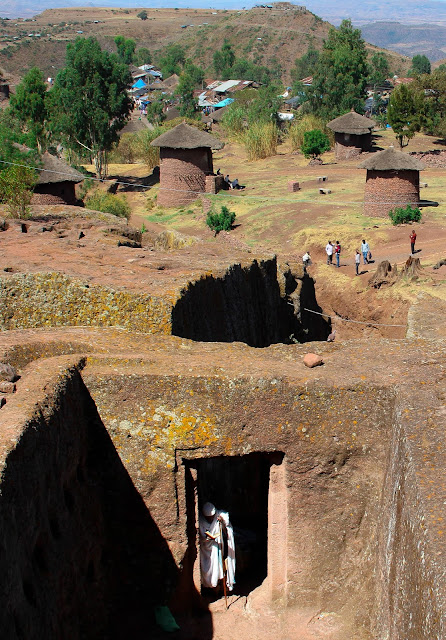 A subterranean tunnel between two churches, modelled after man's image of hell, so dark that you can't see your hand in front of your face, or your foot as you take each hesitant step. With one hand tracing the rock wall on your left and the other the ceiling of the tunnel, you press forward carefully, disoriented, feeling half like you're floating and half like you're drowning, before you burst back out in breathless relief into the warm daylight. 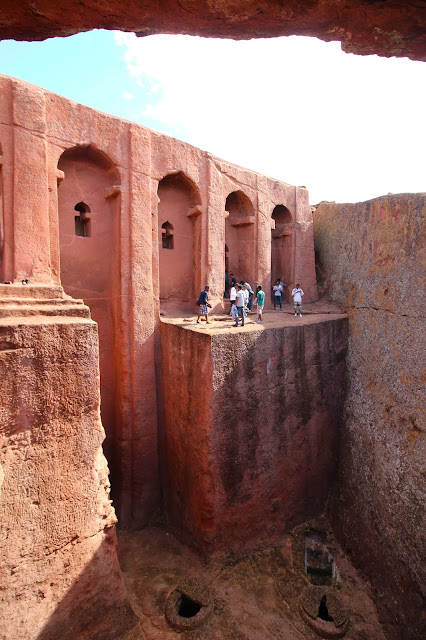 Millions of pilgrims converge on Lalibela throughout the year, most notably on Easter, Christmas, and Timkat (Ethiopian Orthodox celebration of Epiphany). I wonder out loud if any one of them has ever fallen to their deaths. The guide says no one has, but that doesn't give me enough assurance or the courage to peer over the edge of that steep, steep drop.