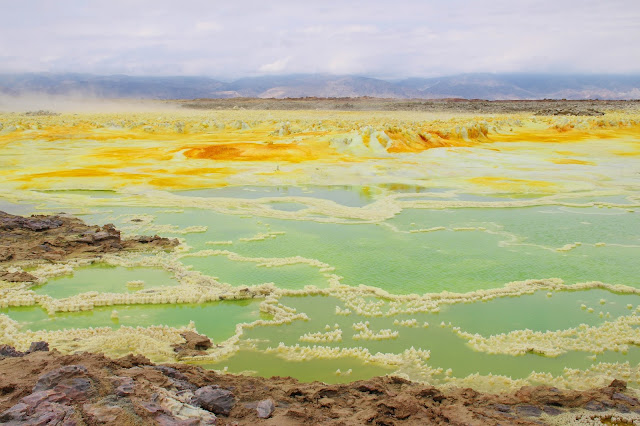 Stepping into Dallol is like stepping into another world; there's no less cliched way to say it. Where else could the very fabric of a place be such a kaleidoscopic clash of colours, lines, and patterns? It is the masterpiece of a painter taken by fever, or the enigmatic translation of a three-year-old's dreams onto canvas; this is the only fitting description. 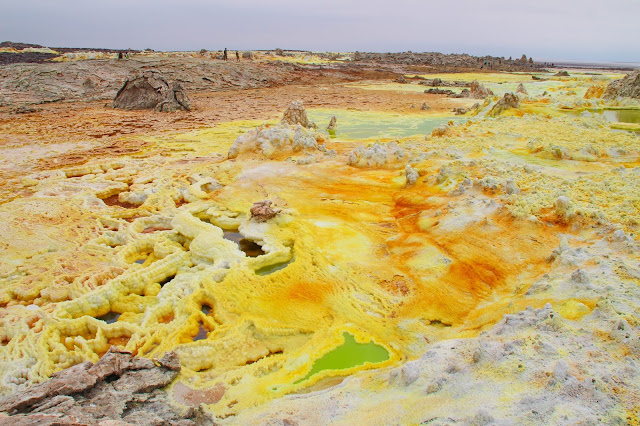 Even its name hints at how far removed it is from our understanding of normality. Dallol - or, in English, disintegrated. Broken, not intact, not one of the whole. I wonder how the first few persons who stumbled onto this place felt? 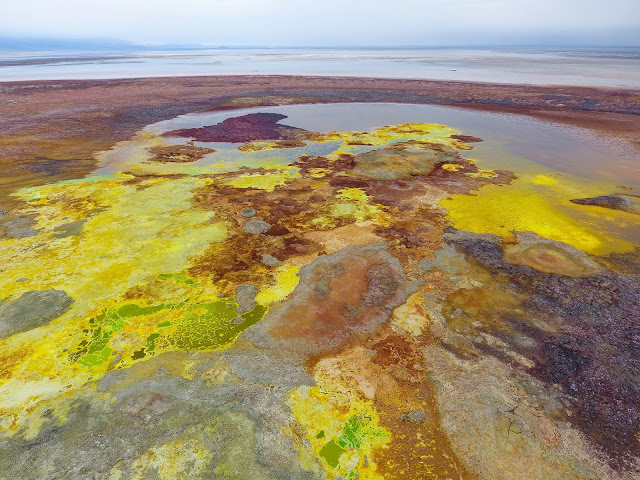 The landscape is all the more alien because of the journey we took to get here, across the vast salt pan that separates Dallol from the familiar. We drove steadily across the blank whiteness of the pan, until a rusty-brown mound that rose abruptly out of the flatness prevented us from going any further. The mound was torn by thigh-deep rifts that we often had to skip over, or if they were too wide, retrace our steps and avoid. 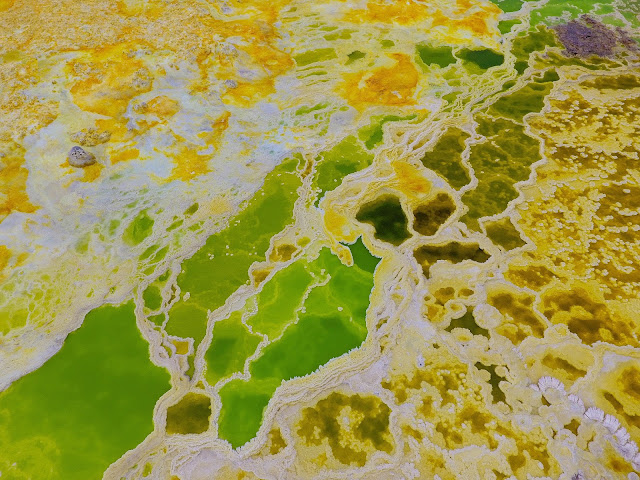 And now, here we stand: on the highest point for miles around, looking down on a psychedelic shock that shouldn't be, but is. 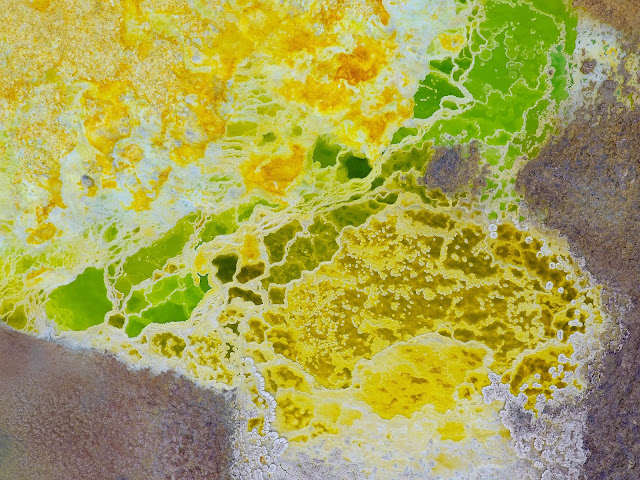 Dallol, being a volcanic crater, is an area of sulfur. Although maybe it is the weather, or some other unknown reason, but the air isn't sharp with the acrid stink of sulfur; Dallol is merely an assault on the eyes today. In places the pools of blue and green catch the sunlight and glint in a faintly translucent way - I think like how a painter's workspace must look like, with countless containers of multi-coloured paintbrush water pushed together haphazardly. But this is just an illusion; closer inspection reveals that the surface is solid, crystalline. Still, we take heed as we navigate around the crater on the narrow whitish crusts, for the faint bubbling noise reminds us that under the layer of crystals, there is a nasty surprise in store for the careless.

Art of nature, its so beautiful.